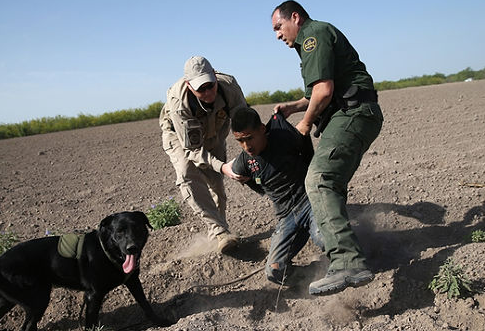 U.S. border agents have been caught inflating assault statistics so that it looks like the agents are being attacked far more than they actually are. These stats then allow Trump and Congress to justify pouring more people and money into border defense and deportation. …But it’s even more bizarre than you think. According to reporting by The Intercept, a large percentage of the increase in assaults on border agents last year can be traced back to ONE incident. The official statistics say that attacks or assaults against agents increased from 378 in 2015 to 786 in 2017. This supposedly happened even while Border Patrol was apprehending far fewer immigrants.

But after looking into those numbers, it became clear 126 of the assaults ALL took place during one incident in Rio Grande Valley, in South Texas. How is that possible? How could 126 assaults happen on only seven U.S. Border Patrol Agents at one moment? Well, the Border Patrol told the Intercept that the seven agents were “…assaulted by six subjects utilizing three different types of projectiles (rocks, bottles, and tree branches), totaling 126 assaults.” 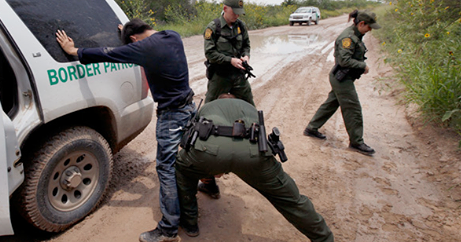 Wow. That’s some REALLY creative math. That would mean if you got in a food fight with three friends and they threw a coke can at you, then a tomato, then a block of cheese – Your friends would be responsible for at least NINE assaults. And the Border Patrol is not even saying these projectiles – rocks, bottles, and tree branches – hit their mark. Furthermore, this is not the only incident in Rio Grande Valley that used such creative accounting. So Trump and Congress are spending god knows how many millions of dollars on increased border patrol and greater militarization – and they’re saying they have to because three guys tossed a few twigs over the heads of some border patrol agents.

It’s becoming increasingly clear that the corporate state – and the police that act as their fist – now believe they live in a post-truth world.

– It is no longer important whether Border Patrol agents genuinely got attacked 126 times in the span of an hour. What’s important is that the record reflects that they did.

– It’s no longer important whether the water in Flint, Michigan is ACTUALLY safe to drink. What’s important is that the record show that it is.

– It’s no longer important whether Russia truthfully unleashed an army of trolls to corrupt your Facebook feed. What’s important is that the corporate news say that they did.

– It’s no longer important whether the FCC honestly received millions of comments from Americans desperate for net neutrality to be destroyed. What’s important is that it appear that they did. 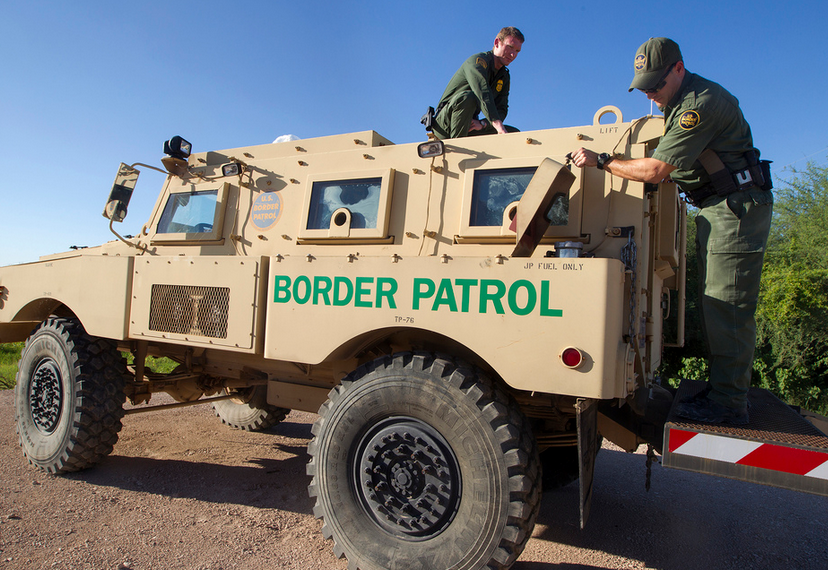 Whether the narrative is coming from the Border Patrol, the U.S. military, the CIA, FBI, NSA, Congress, or Donald Trump himself – we need to start questioning the official narrative. Question where the numbers came from. Question who did the testing or the surveying. Question how the algorithm was created. Question the narrative that the power elite really don’t want you to question.

If you liked this, you would like my new podcast – Common Censored. On it Eleanor Goldfield and I cover the censored news of the week. Free on iTunes, Spotify, Stitcher, and HERE.

Despite endless suppression, we keep covering the news thanks to people like you. Become a member for as low as $5 per month. Two cups of coffee per month will help keep us going. If you can help out more, please do.