Breaking: Federal Court Says No To Gerrymandering For Once! 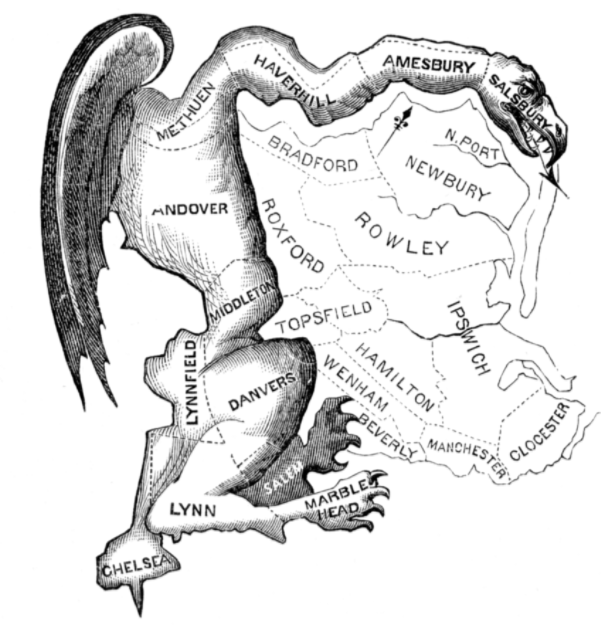 A federal court made history Tuesday with this ultimatum to North Carolina: Fix your obviously gerrymandered congressional district map in two weeks, or we’ll get someone else to do it for you.

A judge says the map, drawn in 2016, was an obvious attempt to “entrench Republican Representatives in power” that stepped all over the First Amendment rights of any voter–typically a person of color–that wasn’t aligned with the GOP. That year saw 10 of the state’s 13 House of Representative seats taken by GOP candidates. Gerrymandering, the act of drawing voting districts that favor one political party over another, is a tool often used to dilute minority votes by stuffing them all into one district.

While North Carolina’s GOP already plans to appeal the decision, this marks the first time that a federal court called out their carving up of the districts for what it is. Currently, the Supreme Court is dealing with cases in Maryland and Wisconsin in which it has to decide whether or not partisan gerrymandering violates the U.S. Constitution.

But advocates for fair elections across the nation aren’t waiting for the Supreme Court to start dismantling the structure that allows for gerrymandering.

There are movements in over two dozen states to push for politician-free independent commissions to redraw districts. In one of those states, Michigan, the grassroots group Voters Not Politicians collected over 425,000 signatures to make the creation of an independent redistricting commission a ballot initiative this year. Michigan is one of the country’s most gerrymandered states, according to the Brennan Center for Justice.

Only seven states–Alaska, Arizona, California, Hawaii, Idaho, Montana and Washington–have such commissions, which research shows tend to do a better job at creating boundaries that don’t show favoritism. Some even have rules that limit lobbyists and legislative staff from joining them.

It’s obviously a long way to go before real progress is made in redrawing districts to represent groups that continue to be marginalized. But the decision in North Carolina, as well as the efforts in Michigan and other states, send a reminder to politicians that voters are the ones who choose the elected officials, not the other way around.

(You’ll notice there are no annoying ads on this site. That’s thanks to heroes like you becoming sustaining members for as low as $10 a month. You can also give one-time donations or sign up for the free email newsletter in the sidebar to the right.)

You can listen to Common Censored for free here or on iTunes, Spotify, Stitcher, or Libsyn. (Our reporting…
byLee Camp