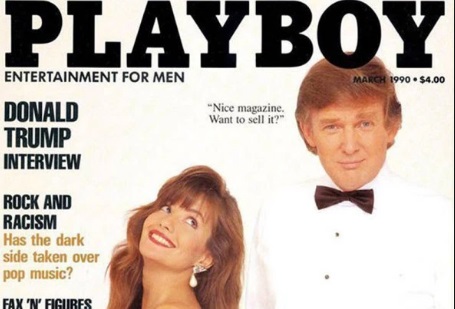 As CNN reported today that old Playboy videos have surfaced with cameos by Donald Trump (fully clothed), I once again thought about how STRANGE it is that they have no interest in the current federal civil suit saying Trump raped a 13 year-old girl. I did cover the suit, which has been brought by the unnamed victim, on my show Redacted Tonight. And in fact two days ago a third witness came forward. So I guess you’re probably wondering, “Why would the mainstream media – which is SO hungry for Trump dirt – not mention this ongoing lawsuit?” …Well, it’s simple. The house at which the crime allegedly happened belonged to convicted pedophile Jeffrey Epstein. Epstein has some very interesting connections with Bill Clinton. Clinton ditched his secret service detail on multiple trips on Epstein’s private jet – nicknamed “The Lolita Express” due to the fact that it was often filled with underage girls. It seems that as much as the mainstream media wants to go after Trump, they’re not willing to risk the harm this story could do to Clinton. To get all the details, watch this clip from my show.

To get these updates and exclusive videos in your inbox for free, just sign up in the sidebar to the right. Or text the word REDACTED to 444999. It’s free.

Here’s What They Won’t Tell You About The J20 Trial Going On Now!

There is a crucial trial going on right now concerning the anti-Trump protesters arrested during his inauguration. The…
byLee Camp
6 comments

3/6/2018 By John F. O’Donnell Don’t hold your breath for any sort of gun control reform or DACA…
byLee Camp
5 comments