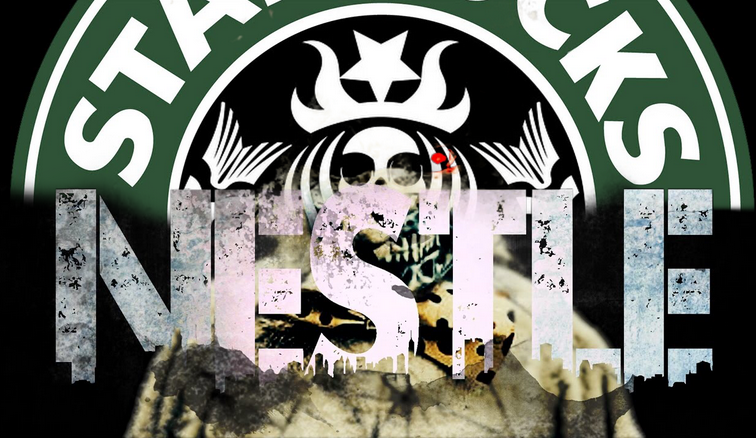 On Monday May 7th, business and economics sites were abuzz with the latest news that Nestle and Starbucks are striking a $7.15 billion coffee licensing deal. The cash deal would grant Nestle exclusive rights to sell Starbucks coffee and tea around the world giving Starbucks a powerful global boost and giving Nestle a premium brand to peddle. The deal would help reinforce Nestle’s number one coffee company position and would fortify Starbucks from the dip they’ve experienced in the U.S. due to the proliferation of high-end coffee chains selling $10 lattes complete with milk art and icy stares from suspendered baristas.

The angle that’s missing, however, from the business and economic news sites is what deals like this mean for both people and planet. What kind of companies are getting these billion-dollar boosts? Who benefits?

Well, let’s first consider Starbucks. The recent racist incident at a Starbucks store in Philadelphia, PA is likely still fresh in many people’s minds. Starbucks CEO Kevin Johnson released a non-apology to the two young black men who were arrested after a barista called the police on them for waiting in the store. On May 29th, 8,000 U.S. stores will close for “anti-bias” trainings. Who will lead them, what they’ll cover and how you can smash racism in a one-day training are a few questions that remain unanswered. However, like most corporations, Starbucks doesn’t give a shit about systemic racism. They care about profit. Anything that hurts their bottom line will be dealt with and avoided – from overtly racist baristas to fair trade. 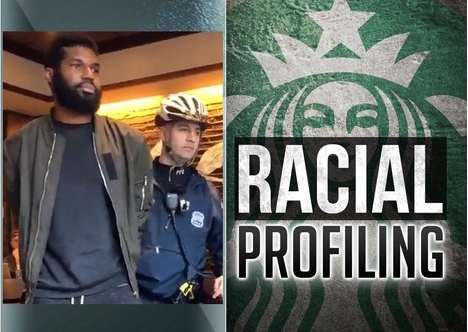 Starbucks likes to flaunt their fair trade practices but by their own admission in a 2013 report, only 8.4% of their coffee purchases were Fairtrade certified and only 1.1% of their coffee was certified organic. Meanwhile, their own program C.A.F.E (Coffee and Farmer Equity) supposedly works on a strict set of principles which include: a set minimum price, a fair-trade premium that goes directly back to the producers, supply-chain transparency, and specific environmental and social standards. By 2016, they claimed to be buying 99% of their coffee from their own certified awesome farms. If you’re wondering whether there’s any conflict-of-interest issue with setting up your own regulatory system with regards to fair trade and environmental sustainability – yes, there is.

When journalist Kelsey Timmerman traveled to Colombia to get a look at some of these coffee farms, nearly all the farmers he spoke to had never gotten any assistance from Starbucks and many had never even heard of the company. One farmer admitted, “We were promised Starbucks was going to help us years ago. We’re still waiting.” A Colombia Coffee Growers Federation member explained to Timmerman that all Starbucks does is buy coffee – no environmental, social or systemic perks. Gosh, that sounds familiar doesn’t it?! Corporations brag about their awesomeness via press releases, shiny posters and ad campaigns but the smiling pictures of coffee farmers are about as realistic as Starbucks coffee is good. I mean let’s be honest, it tastes like burnt dirt.

But what about here at home? Well, there are the “little things” like the fact that only 39% of Starbucks stores contained recycling facilities as of 2015 – or the fact that Starbucks is also a member of the Grocery Manufacturers Association, a behemoth lobbying group that’s worked hard to keep GMO right-to-know legislation down. But wait – didn’t Starbucks announce in 2014 that it was going to provide free college education for thousands of workers? Well, not really. The “free college education” only applies to employees who work more than 20 hours a week and want to do online schooling via Arizona State University. And even in this case, it’s not a free ride but rather a discounted one. The scholarship program represents 22% of tuition costs for freshmen and sophomores and 42% of tuition costs for juniors and seniors. While that’s still something, according to Siva Vaidhyanathan, the Robertson Professor of Media Studies at the University of Virginia and a commentator on online education models, it’s “nothing particularly revolutionary.” In an interview with Think Progress, Vaidhyanathan pointed out that “many corporations in America have public tuition assistance plans that vary in value and utility for their employees.” It’s just that this one happens to be “an inside deal with one particularly aggressive institution.” Indeed, ASU is part of the for-profit education complex where prices are high and standards are low. Like Starbucks, the for-profit education model by definition cares about profit above people.

And while Starbucks promised to hike salaries by 5% after the corporate tax bill went through, the average salary for a barista is $9.60 an hour, meaning that the new wage would come in just over $10/hour, lower than Wal-Mart’s $11/hour starting wage. That’s weak sauce for a company whose CEO made $8,644 an hour in 2017 (assuming he worked 40 hours a week, 52 weeks a year). And even if there were lines of people eager to make subsistence level wages, this merger wouldn’t benefit them. Nestle is slated to take on 500 existing Starbucks employees but there’s no mention of new hires for Starbucks – just an extra $7.15 billion that I wouldn’t hold my breath waiting to be distributed among existing employees. So, despite the collaborative facade of a well-meaning corporation, Starbucks makes decisions based on its bottom line – not the well-being of people or planet – a characteristic shared by their new BFF, Nestle. For example, both Starbucks and Nestle have a rich history of union-busting, although to my knowledge no Starbucks workers have ever been murdered by paramilitaries due to their union organizing. Without a doubt, while Starbucks is no picnic, Nestle is a festering pile of human waste.

It would take me days to outline all the horrors associated with the Nestle corporation but since we’re strapped for time, let’s do a highlight (or rather, lowlife) reel. In 2015, California was four years deep into a historic drought when Nestle Waters North America CEO Tim Brown was asked if he’d consider moving his company’s bottling operations out of California. “Absolutely not. In fact, if I could increase it, I would.” Meanwhile, we have no idea what they’d be increasing it from since Nestle is under no obligation to report the amount of water they’re syphoning, packaging and shipping away. Around the same time in Michigan, Flint residents were forced to buy bottled water as they could not drink or bathe in their own water. That was good news for Nestle who had permits to pump 400 gallons of water a minute from the aquifers that feed Lake Michigan, one of the largest freshwater lakes in the world. Fast forward to today and Nestle received a permit to ramp up the amount of water it was pumping from its well in Evarts, Michigan – less than two hours away from Flint. In an astounding display of oligarchy over democracy, some 81,000 comments came in with regards to this permit request. 80,945 commenters were against the request while 75 were in favor. 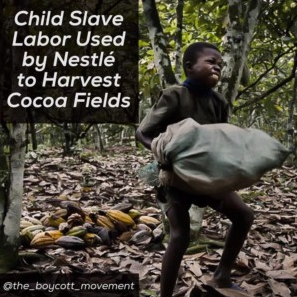 Turning the lens beyond our borders, earlier this year reports came out that Nestle, Coca-Cola and other transnational corporations were looking to buy exclusive rights to the Guarani Aquifer in South America, one of the world’s largest reserves of freshwater. If the deal goes through, the exclusive rights would last for more than 100 years, destroying local access to this vital aquifer and placing thousands of lives in the crosshairs of corporate profit. Speaking of destroying lives, in 2016, Nestle was sued for using child slaves on cocoa farms in the Ivory Coast as well as admitting to using slaves in Thailand. And on the subject of children, Nestle has also been dealing with a “baby milk scandal” since the 70s. Peddling addictive baby formula to mothers particularly in the global south, reports showed that Nestle was promoting their formula as a better alternative to breast-feeding, a claim that is scientifically false. Clearly not a fan of science, Nestle is also a complicit contributor to the devastating effects of palm oil harvesting, which include vast deforestation and peatland destruction. Just a few weeks ago, a new Greenpeace investigation showed that a palm oil supplier to major corporations including Nestle has been destroying rainforests in a protected area of Papua, Indonesia. Nestle’s response was that they are opposed to deforestation and peatland destruction. Well, good. At least they say they don’t like being putrid piles of puss-filled shit bags. That’s a consolation, right?

Companies with practices like these shouldn’t be growing. They should be dying. Deals like this one boost bottom lines and pad the overflowing wallets of the boardroom elite. They do nothing for the workers and people at the bottom of that supply chain. They do nothing for the rainforests being mined for ingredients in a chocolate bar stained with the blood and sweat of child slaves. Far from literary hyperbole, these horrifying facts that build profits for big corporations like Nestle and Starbucks will only get worse. As their empires grow and their reach expands, the death toll – the oppressed toll rises too. Not only should we boycott these companies, we should work to dismantle them entirely.

[If you liked this article, please share it and check out our new weekly podcast “Common Censored” for free on iTunes, Stitcher, and Spotify.]

As CNN reported today that old Playboy videos have surfaced with cameos by Donald Trump (fully clothed), I…
byLee Camp
No comments 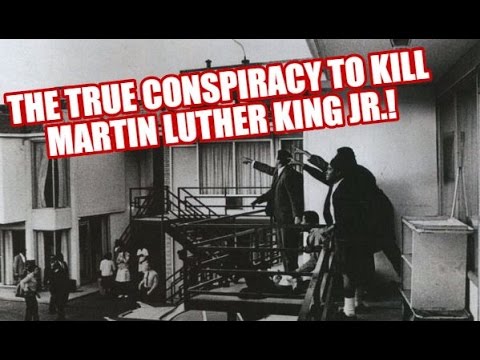