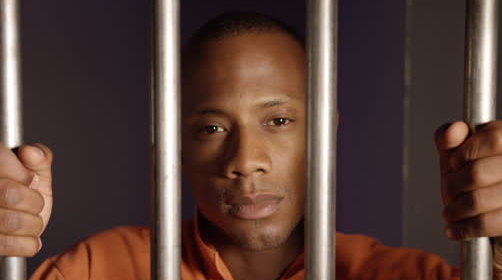 “The degree of civilization in a society can be judged by entering its prisons.” – Fyodor Dostoyevsky

The message goes on to detail the three main demands via examples such as price gouging prisoners on products like a case of soup that costs $17 in the Canteen as opposed to the roughly $4 it costs on the outside. As the writer points out, “This is highway robbery without a gun.”

With regards to parole, Florida eliminated parole for non-capital felonies back in 1984 meaning that the death penalty can’t be used in those cases. Instead, those serving life in prison have no hope for parole and those with near-life sentences have very little hope. Rehabilitation is a foregone conclusion. This also means that the “gain time” system for prison labor is essentially meaningless to these prisoners.

Currently Florida prisons offer what’s known as “gain time” for prison labor. Prisoners work in exchange for time struck off their sentence. The problem here is three-fold. First off, according to the Florida Department of Corrections site, prisoners are required to serve 85% of their sentences and gain time rewards can only shorten their sentences to that 85% marker. Secondly, many prisoners are already serving long sentences that do not match their crime. In June of 2017, Governor Rick Scott signed a bill into law requiring a mandatory minimum sentence of up to 25 years in jail for possession of fentanyl, a synthetic opioid. Besides the fact that treating drug prevalence and addiction with incarceration doesn’t work, legislation such as this latest bill translates to Florida prisons (along with the rest of the country) overflowing with people serving potentially decades-long sentences for non-violent crimes. Thirdly, as noted above, this incentive of gain time means little to nothing for those who are serving very long or life sentences. However, if they were able to make money, they would potentially not only have access to more on the inside, i.e. overpriced soup but they could also help support family members on the outside. In an audio message, an Operation PUSH participant explained the demand for payment like this: “We want to be paid for the work that we do as well so that somebody doesn’t end up doing 10, 15, 20 years not being paid and sent home with a bus ticket and a $50 check. We want to create an environment where someone can do their time, be rehabilitated and enter society with some type of hope and not hopelessness.”

Further highlighting a path of hope and rehabilitation, participants included a list of broader prisoner rights goals that they support:

With a vicious blend of War on Drugs legislation and bills like the 1984 legislation barring lifers from parole, Florida prisons are grotesquely overcrowded – which inevitably leads to deadly violence. In fact, a U.S. Department of Justice report from 2014 showed that besides Texas, Florida had the highest number of deaths in state prisons that year. A recent Intercept article on the prison strike outlined a number of horrific and unexplained inmate deaths in Florida prisons over the past 16 years.

Meanwhile, the oft-overlooked mention of environmental conditions has gained traction in the broader prison movement. Back in June of 2016, a Fight Toxic Prisons Convergence in Washington, DC focused on the issue of toxic prisons both with regards to the location of prisons as well as the conditions inside the prisons. Ramona Africa of the MOVE organization pointed out that “over 10,000 inmates in the Pennsylvania prisons have active Hepatitis C and they’re not treating them for it. They refuse to treat inmates for it.” In the case of Florida, in November of last year, a federal judge ruled that prison officials had failed to properly address the Hepatitis C epidemic and demanded that officials immediately begin treatment for some of the more than 98,000 inmates who tested positive for the infection. Yes. Almost 100,000.

Florida uses a private-run prison healthcare system and already back in 2002, Randall Berg of the Florida Justice Institute had enough evidence to bring a lawsuit against private contractors Corizon and Wexford for refusing to treat inmates. Berg represented the inmates in this most recent case as well, which laid the blame at the feet of the Florida Department of Corrections for not doing anything about the contractor’s malfeasance. Despite the ruling, it’s unlikely that all the inmates who need treatment will get it. The FDC has already turned down several requests for medical funding while simultaneously approving private prison contracts that resulted in at least $16 million in overcharges. Hey, as long as the people who need the money are getting it, right?

As noted above however, it’s not only the illnesses that are killing prisoners or making them sick. In September of last year, the EPA announced that it would be adding prison locations to their Environmental Justice Screening and Mapping Tool. This victory for the Fight Toxic Prisons coalition meant that agencies and the public can now see a prison’s proximity to sites of environmental concern, i.e. Superfund sites. Superfund sites are areas marked for cleanup due to the presence of toxic and hazardous waste materials. It is also prime real estate for prison development. Take, for example, the former coal strip-mining site in Letcher County, Kentucky where officials are eyeing a new 1,000+ capacity federal prison. As noted in an Act Out! report from 2016, “Surrounded by sludge ponds and coal processing operations [this site] offers up a high risk cocktail of contaminated water and radon exposure.”

And while the DOJ rescinded a $444 million request for the new federal prison, the fight against this particular prison project continues due to support for toxic prisons inside Congress. Meanwhile, current prisons have already been built on toxic sites, exposing inmates to a wide range of health issues. For example, a 2014 report into prisoner health at the State Correctional Institution Fayette in LaBelle found that 11 prisoners died from cancer between January 2010 and December 2013, another six had been diagnosed with cancer and eight more had undiagnosed tumors or lumps. The prison sits adjacent to a coal waste dump full of toxic fly ash. Besides cancer, prisoners reported respiratory problems, gastrointestinal problems as well as skin rashes, cysts and abscesses.

Be it non-potable water, coal ash, Hepatitis C or indeed slave labor, the conditions of our prisons are an absolute disgrace. And I haven’t even gotten into the issue of solitary confinement – a recognized form of torture so often used on political prisoners or those who dare stand up to the oppression they face on the inside. Indeed, reports suggest that those organizing this current strike in Florida are predominantly new organizers, as many of the organizers of the strikes from September of 2016 are still in solitary confinement. As a not-so-side note, a UN report found that a few days in solitary could result in lasting mental damage and any sentence of more than 15 days in solitary confinement should be subject to “absolute prohibition.”

In short, the goal of prisons is to break bodies, to break souls – and make money off of it.

While we’re fed stories about rehabilitation and prisoners paying their debt to society, inmates are being subjected to crimes against humanity on a daily basis. “I joined this action because I have been subject to the system and I see all the flaws,” the Operation PUSH participant explained over the phone. “I see all people being destroyed from lack of knowledge, from a lack of opportunity so I wanted to organize for change so that I can help to do whatever I can and create a system that can be described to the public as one that protects the public and is in the best interests of the public.”

This is a human rights issue, a racial justice issue, an environmental justice issue and a public health issue. It is a scale on which we weigh our humanity, our civilization.

As it stands, we are neither civilized nor humane.

In his letter from his own jail cell, Martin Luther King, Jr. wrote that “Injustice anywhere is a threat to justice everywhere.” The strike participant echoed this sentiment in calling for solidarity on the outside saying that “The voice on the outside has to be loud…We need to shine a light from the outside in on this system….If there is enough light shining on the situation then they won’t be able to do certain things and get away with them.”

(You’ll notice there are no annoying corporate ads on this site. That’s thanks to heroes like you becoming sustaining members for as low as $10 a month. You can also give one-time donations or sign up for the free email newsletter in the sidebar to the right.)

Prisoners Across The U.S. Will Stop Their Own Slave Labor Sept. 9th!

Did you know that when you call the tourism board for New Jersey, you very well might be…
byLee Camp
No comments