Don’t hold your breath for any sort of gun control reform or DACA solutions coming out of congress this week, because the Senate, instead, is working in a bipartisan capacity to rollback financial regulations on the big banks; something NO AMERICANS ARE ASKING FOR. There’s currently a bill in the Senate called the “Economic Growth, Regulatory Relief, and Consumer Protection Act,” which, of course, sounds positive, but it’s not. Wall Street watchdogs like Elizabeth Warren have renamed it the “The Bank Lobbyist Act.” Among other things, this legislation would provide deregulation for 25 of the largest financial institutions in the country, eliminate important consumer protections put into place post-2008 financial crisis, and make it harder to fight against racial discrimination by the big banks.

Sadly, this bill looks like it’s going to pass because, in addition to the ubiquitous support of GOP senators, it has the crucial co-sponsor support of 12 Democrats. In fact, according to the Center for Responsive Politics, three of the Democrats who are co-sponsoring this awful bill are also the top three overall recipients of campaign contributions from the commercial banks this election cycle.

>>We can’t do reporting like this without your help. Please become a  sustaining member for as low as $5 a month. <<

The pretense for why this bill is good for the American people is the claim that it is helping smaller community banks that are “drowning” in Dodd-Frank regulations. There’s two problems with this line of reasoning: First, it’s simply not true. And second, the parameters of this legislation are not actually limited to community banks. It rolls back regulations on huge banks with massive amounts of assets. Community banks are generally defined by having $10 billion or less in assets. This bill provides regulatory rollbacks to banks with up to $250 BILLION in assets. In fact, there’s only 12 banks that exist in our country that supersede this vast asset threshold – including of course Bank of America, Citibank, and Wells Fargo. So effectively, this legislation would take a number of large banks that contributed to the 2008 financial crisis OFF of the “watch list.” These banks would be exempt from additional oversight by regulators. They would be subject to fewer “stress tests” and lower capital reserve requirements, which allows for riskier investment on the bank’s part. And when that risky investment goes wrong, the American taxpayers are expected to be there for a massive bailout, because as we all know, these banks are too big to fail. 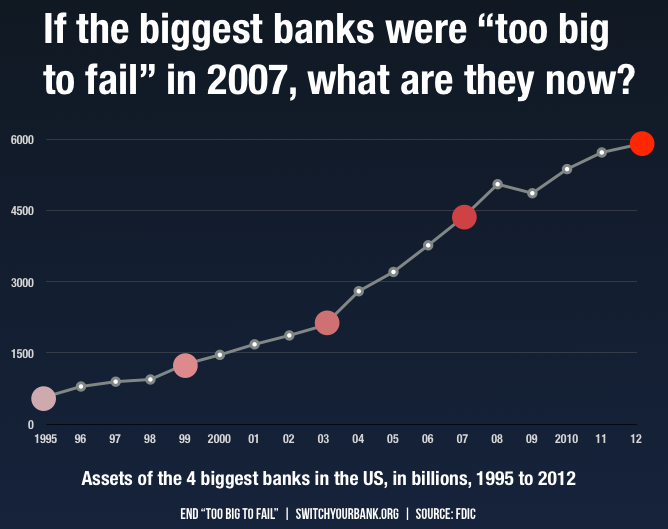 The only chance for this bill to be stopped is for the grassroots to apply enough pressure on lawmakers to get them to withdraw their support. And there already is a movement working to do this. Last week advocacy groups, including Rootstrikers, Public Citizen, and CREDO, presented 450,000 petition signatures to members of Congress calling for the rejection of this dangerous deregulation bill. And the activist group, Indivisible, has been calling on its members to reach out to Senate offices. Chad Bolt, the senior policy manager with Indivisible, stated, “Most [supporters] are saying this is about helping the community banks in my state. I would respond, then pass a bill that’s limited to helping community banks!” Makes sense.

You can find all the co-sponsors of the bill here, including the 12 Democrats who may be slightly more pliable in changing their opinion. Reach out to these lawmakers however you can. We don’t want a repeat of the financial crisis of 2008, and passage of this law would be a huge step in that dangerous direction.

Common Censored #5 – Are Humans a Virus, Suing For Our Future & More [PODCAST]

﻿ (Our reporting is being SUPPRESSED by Facebook, Google, and YouTube. But we keep fighting thanks to heroes…
byLee Camp
17 comments

3/28/18 by Eleanor Goldfield That morning, three of us woke up early – earlier than most people visiting…
byLee Camp
5 comments 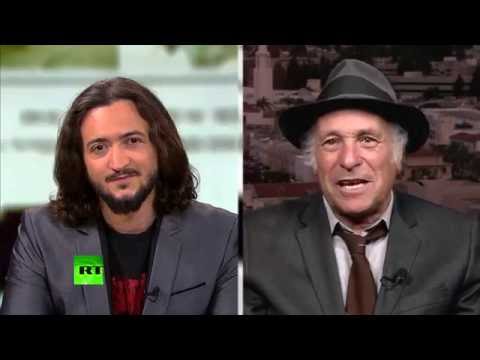