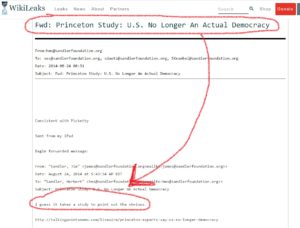 In the latest Wikileaks dump of Clinton staff emails, we learn that they are familiar with the jaw-dropping Princeton study showing the U.S. is no longer a democracy. It is instead an oligarchy, or “rule by an elite class.” Specifically, the study shows that the U.S. is ruled by the wealthy business class, and basically what they want to happen generally happens. Policies that the rest of the American population, over 99% of us, want to happen, generally do not get put into law… if the business community is against them. I covered this breathtaking study awhile back on Redacted Tonight. In the leaked email, a Clinton Campaign adviser says “I guess it takes a study to point out the obvious.”

What this Princeton study really says is that our system is absolutely broken, and this leak shows that at least some in Clinton’s sphere know it. Have we become so jaded that revelations like this don’t affect us? Once we’ve accepted that this system is corrupt and busted and favoring the elite, we should be furious. We should be furious and we should not stop until we’ve changed it.

To get news updates like this for free in your email inbox, just text the word ‘REDACTED’ to 444999. It’s free. 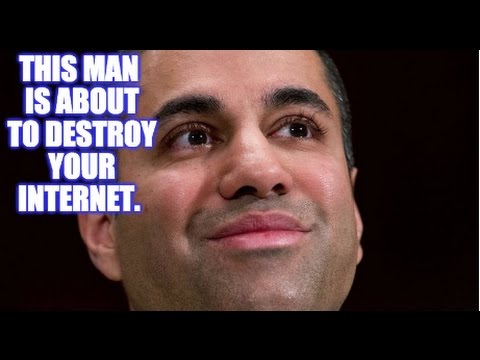 In this special extended segment, host Lee Camp delves deep into Net Neutrality, a.k.a. the fight for a…
byLee Camp