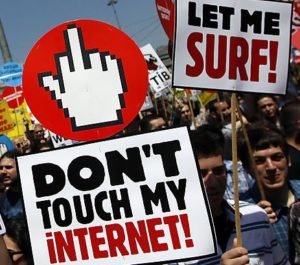 Many countries have made net neutrality a basic freedom. Yet now, the FCC is planning to make sure the U.S. is not one of those countries.

Today, the internet is classified as a “common carrier” in the U.S., which forces telecommunications companies and internet service providers to treat all content more or less equally. If Ajit Pai, chair of the FCC and former Verizon lawyer, has his way, the internet could be reclassified by the end of the summer, replacing internet freedom with a corporate free-for-all of greed and political corruption.

Though the internet was born in the U.S., our ISPs are also slower and more expensive than other countries, so maybe it’s no surprise that we’re behind the curve in net neutrality, too.

Chile became the first country to pass a law guaranteeing net neutrality in 2010, banning ISPs from arbitrarily blocking or otherwise hindering legal online communications. Providers also aren’t allowed to favor one kind of content over another. According to a 2013 investigation by Digital Rights: Latin America And Caribbean, more users came online while prices for access fell after the new regulations came into effect.

The Netherlands was next, with the Dutch passing their first net neutrality law in 2011. T-Mobile sued over the regulation last year after the Dutch government banned the telecom’s “Music Freedom” program which violates neutrality by prioritizing traffic to corporate music sites like Spotify.

India also instituted strict net neutrality regulations in 2016 after months of protest by activists against “Free Basics,” Facebook’s effort to control the internet access of rural and poor users. Zuckerberg and co. argue that they want to benefit humanity by bringing the world online, but of course the terms of service would have let the richest of the rich choose which websites some of world’s poorest people can browse.

Not all net neutrality regulations are created equal. For example, European Union regulations are rife with loopholes that legislators refuse to close, and an NGO called Cívico accused the Chilean government of poorly enforcing their law.

However imperfectly, most of the rest of the world has agreed that net neutrality is a human right, even if the details can then be fine-tuned. Back home, the fact that we’re still having this debate is another sign that, far from being “Number 1,” America could stand to learn a few things from smaller, less powerful nations.

Since the U.S. still controls so much of the internet’s infrastructure, it’s vital that we stand up for net neutrality not only for our own sake, but for the world.

Learn more from “Redacted Tonight” with Lee Camp, “Our Internet Will Be Destroyed In The Coming Weeks & No One’s Talking About It“: 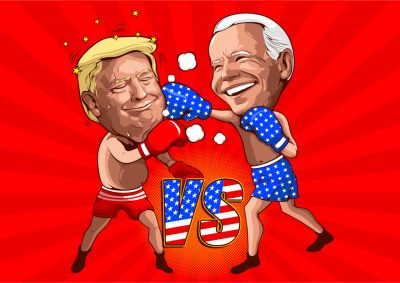