Racism is like sewage. Whether we’re currently engaging in a national dialogue about it or not, it’s still there. It runs under our streets, our buildings, our society. Millions of tons of shit.

Rarely is racism truly visible to the naked eye. More often, it trickles along beneath our collective consciousness, quietly infecting everything.

Systemic racism is not as obvious, and a lot of people try to claim it no longer exists. “It’s gone. What systemic racism? ‘Black Panther’ was one of the most popular movies ever, therefore, racism is over,” they claim.

Let me repeat that number so it echoes in your head: twenty-three billion dollars! The following should go without saying, but I’m going to say it anyway because I’m kind of a dick that way: Education is important.

A kid’s entire life can rest on the type of early schooling he or she receives. A good education creates opportunities; a bad education shuts doors in a child’s future face. (I don’t mean she has a face from the future or even a futuristic face. I mean in the future, the door is shut in her face. You probably knew that.)

In schools with the most funding, students are given laptop computers and trained how to succeed. In the least funded schools, teachers dole out antiquated textbooks that say dinosaurs were large frogs and slavery was just an early American unpaid internship program that got out of hand.

This is when the squishy liberals say, “Lee, that’s because we have a racist president who hates funding the education of people of color.” And while I agree that having a racist president doesn’t help matters, that $23 billion is from 2016, while President Obama was still in office.

Squishy liberals then reply, “But that can’t be. I thought Obama ended all racial inequality and brought love and Tootsie Pops to the world.”

No, not exactly. You’re only two words off, though. Obama ended all reporting on racial inequality. Fewer people mentioned the sewage under our society when he held the highest office. You see the difference? The cold truth is that systemic racism against black, Hispanic and indigenous people exists no matter who’s in the White House.

Let’s move on to climate change. There can’t possibly be racial disparity when it comes to weather, could there? Hurricanes don’t exactly hit only black neighborhoods.

True. But racist policies often come into play after the storms or flood waters have subsided. An NPR investigation “found that white communities nationwide have disproportionately received more federal buyouts after a disaster than communities of color.”

One of FEMA’s services for disaster-ravaged towns is to purchase damaged properties when people don’t want to live there anymore. And yet, according to the NPR report:

Federal disaster aid is allocated based on a cost-benefit calculation meant to minimize taxpayer risk. That means money is not necessarily doled out to those who need it most but rather to those whose property is worth more — and to those who own property in the first place.

This fact kind of blew me away. We have created a Federal Emergency Management Agency designed to help the rich the most after a horrible disaster. Just off the top of your head, who do you think needs the most help after a natural disaster? I’ll give you a hint—it’s not the rich.

This whole thing would be sort of funny if you read it in a satirical novel about a dystopian future or something. But seeing as it’s written by our government, it’s about as funny as flesh-eating bacteria.

In this particular instance, systemic racism does not originate in race but instead in the way the rich have crafted our laws and our systems to favor the rich. So it’s a class issue, rather than a race issue. Unfortunately, other factors of systemic racism—such as hiring practices, and who gets promoted—ensure that white people are more likely to be extremely wealthy and less likely to be extremely poor. Therefore, our country has a racial wealth gap the size of the Grand Canyon (although the racial wealth gap tour is much less fun).

Workplace racism would require an entirely separate column, so I won’t get into it here, other than to point out you’re 50% less likely to get the first interview for a job if you have a black-sounding name.

Back to the wealth gap. According to a Duke University paper titled “What We Get Wrong About Closing the Racial Wealth Gap”:

That gigantic wealth gap affects where people live, and that brings us to our third study, which finds a racial gap between who creates air pollution and who is forced to inhale it.

If you’re like me, you’re now thinking, “Oh come on! I know white people can be pricks, but I’ve never seen an angry white guy with petrochemicals shooting out his ass. What are these researchers talking about?”

Well, according to the report, they’re saying:

While we tend to think of factories as the source of pollution, those polluters wouldn’t exist without consumer demand for the products. … Air pollution is disproportionately caused by white Americans’ consumption of goods and services, but disproportionately inhaled by black and Hispanic Americans.

Okay, I’ll begrudgingly grant them that. But has anyone stopped to ask why black and Hispanic Americans choose to breathe so much?! Slow it down. Skip every other breath (just like people do when they’re around Rush Limbaugh). Have some will power!

This study shows that due to the wealth gap and population differences, white people create the majority of the pollution in our country. Minorities then end up breathing it in their air or drinking it in their water because they more often live in corporate sacrifice zones—areas where the property value is lower and corporations feel free to destroy the landscape. And again, that comes back to the wealth gap.

(If I’m honest, as a white person, I’m not surprised that white people create the most pollution by using and buying the most stuff. I have family members who own a container to hold the polish for the shoe tree that holds the shoes their pet rabbit wears. They own knitted cozies for remote controls that go to cordless devices that do things they don’t need done. They buy things to take care of things that go on things that attach to nothing! And manufacturing those meaningless things creates pollution, and then a nonwhite person has to breathe in goddamn rabbit shoes. You know how many micro-particles of bedazzled cellphone cases nonwhite people drank in their water last year?! It’s a fucked-up system, to say the least.)

All told, much of our systemic racism problem comes down to class and wealth, not just race. But race, class and wealth are deeply, inexorably linked. And therefore, whether you choose to ignore it or not, we must acknowledge that systemic racism is a thing. It’s in our schools, our air, our water, and even our televisions. It impacts every area of our lives, and much like climate change, we need to start fixing it, rather than acting like it doesn’t exist.

— This is a chapter from my new book “Bullet Points & Punch Lines.” It features an intro by Jimmy Dore and a foreword by Chris Hedges. Please grab your copy at LeeCampBook.com. You can also sign up for my free email newsletter in the sidebar to the right.

I will headlining in Charlottesville on September 2nd at the Southern Music Hall & Cafe! If you haven’t…
byLee Camp 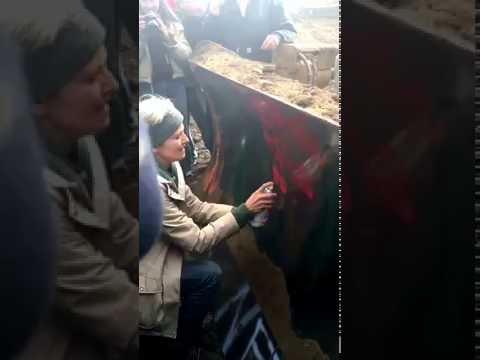 A new review of my book

A new review of my book Lee Camp’s Moment of Clarity: The Rantings of A Stark Raving Sane…
byLee Camp