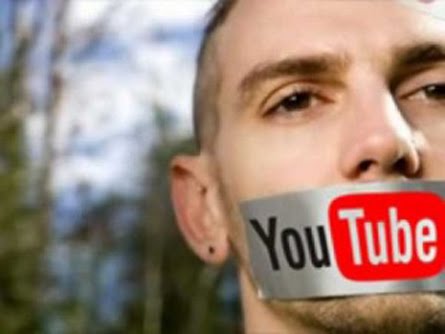 Well guys, it looks like the freedom of YouTube is continuing to collapse. As you can see in the image below, YouTube has announced that videos with “sensitive subjects,” “sexual humor,” “political conflict,” and more will no longer be eligible to receive advertising dollars. So basically this is GREAT news for Christian rock bands and mainstream, not-controversial political thought. Fucking line up the dancing kittens – because that’s the only thing that will earn a living!

I get that YouTube (and parent company Google) are private companies that can do what they want. But MANY great shows are reliant on those ad dollars to keep them going. And I personally think a dick joke in the middle of a political rant is FAR less harmful to the human mind than the endless stream of vapid shit which will STILL be allowed to make money on YouTube. I’m lucky in that Redacted Tonight does not rely on YouTube ad dollars. So we won’t be going anywhere. But this still infuriates me because I know it will end or harm the production of perhaps many great political shows. People should stand up against it and find better platforms. Read more about it HERE.

5/8/2018 by Eleanor Goldfield On Monday May 7th, business and economics sites were abuzz with the latest news…
byLee Camp
4 comments