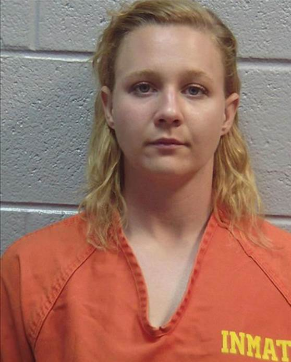 In our culture we are now almost incapable of taking multiple ideas into our brains (through whichever holes you choose) when they are all condensed into one topic or story or jumping off point. For example, I recently wrote about how Trump’s withdrawal from the Paris Climate Agreement is both exceedingly awful for humanity and not that big a deal. It’s awful for humanity because of what it means for our ability to cooperate and for what it means about Trump’s ability to think intelligently. It’s not that big a deal because the Paris Agreement was a laughable charade from the beginning, which is why everyone from oil tycoons to war criminals shared champagne when the accord was signed.

We want everything we study or discuss to break down to either good or bad, either having great import or meaning nothing, either on fleek or exceedingly off fleek. (I’ve never truly been sure what “fleek” means but I DO know that “on fleek” means good and therefore I said “off fleek” without really knowing that it means the opposite of “on fleek.” And since “on fleek” as far as I can tell, is either nonsense or gibberish originally termed by an infant choking on a nipple, it’s quite possible that the opposite of “on fleek” is “off pudding cups” or “off sleekergfrrb” or “fuck you.”)

In our flash-in-the-pan, here-today-Trivial-Pursuit-question-tomorrow culture, we demand a very clear and defined stance on every issue. For example, no one is allowed to say “It was monumental that the United States, a country built on the slavery of Africans, elected an African American as president AND at the same time, Obama was a president who continued every awful imperial white supremacist aspect of our culture without even, seemingly, thinking twice about it.” Despite that statement being very much true, it causes your average person’s brain to begin punching itself in the face. …And before you ask – yes, a brain can punch itself in the face. Mine does it every time Donald Trump speaks.

I went through that introduction in order to tell you that the young NSA contractor who was arrested this week for leaking classified information to the Intercept is a brave, impressive young woman who should be rewarded instead of imprisoned by our society. She’s also completely wrong. …Let that sink in for a second. She’s wrong because she bought into the mainstream media’s utter bullshit, and she will likely have drifted from our cultural zeitgeist within a couple weeks. I should note here that the Intercept – which published the leak – has put out a statement saying the identity of the leaker is just allegations at this point. Also, although initial reports said she confessed to the leak when arrested, new reports say she will plead not guilty.

The alleged leaker is 25 year-old Reality Leigh Winner. (I’ve noticed that every report about her has kept the middle name in there because without it we would all need to giggle and then question what the fuck has happened to our country. I’m not sure what the answer is but I mostly blame Snooki.) Reality Winner allegedly leaked an NSA document that showed that at least one analysis says Russian state hackers executed a cyber attack against a US company to obtain information on election-related software and hardware. I’m not going to go deep into the details – for that you can read the article by the Intercept. But they did make this point early on – “While the document provides a rare window into the NSA’s understanding of the mechanics of Russian hacking, it does not show the underlying ‘raw’ intelligence on which the analysis is based. A U.S. intelligence officer who declined to be identified cautioned against drawing too big a conclusion from the document because a single analysis is not necessarily definitive.”

Furthermore, apparently the type of “cyber attack” they’re talking about could be done by a moderately bright tween with half his computer screen dedicated to a screenshot of Angelina Jolie’s tits from the movie Gia. Jeremy Scahill said as much in today’s podcast episode of “Intercepted.”

Anyway, I think – if she’s the source of the leak – Reality Winner (stop giggling) thought these documents were more important than they are because she bought into the mainstream media/ deep state’s foaming-at-the-mouth neo-McCarthyism and failed to realize there’s essentially no true evidence of Russian influence on the election. She is a left-wing young woman who probably honestly believes that Russia “stole” the election when in fact there are a myriad reasons Hillary lost and none of them have to do with Russia. They have to do with the DNC rigging the primary; with Hillary’s personal history, distaste for the people of this country, and love of neo-liberalism; they have to do with the corruption revealed in Hillary’s own emails; they have to do with the GOP’s home-cooked vote hack software called “Interstate Crosscheck,” (which is not a secret but the mainstream media has no interest in covering it), and they have to do with our media giving Trump $5 billion of free airtime during the campaign. …And Anthony Weiner’s weiner factors in there at the end of the list. …But then again Anthony Weiner’s weiner will factor into every political story for the next 100 years.

And this is probably the point I should mention that Reality Winner seems to be – to some degree – a fan of my show Redacted Tonight. Someone at LifeZette put together this rather atrocious article going through Winner’s old tweets. In it they say,She tweeted she would “#resist,” and that she opposed the Dakota Access pipeline and the president’s proposed southern-border wall. She also retweeted a commentary from Russia Today’s Lee Camp that “Millennials Are Sick Of Capitalism But Democratic Party Doesn’t Get It.”

That’s right, folks. Apparently retweeting commentary by yours truly is now proof you are a spy or a traitor or Voldemort or whatever it is this writer is trying to imply. (And I doubt they want to mention that the segment Winner retweeted was showing a young man who said a recent survey found that 51% of millennials no long want capitalism.) On top of that they say in the title of the article that Winner “pledged allegiance to Iran,” when in fact all she did was tweet that she would stand with Iran if President Trump declared war on them. Now, I’m not saying I agree with the statement, but that’s a far cry from just generally pledging allegiance to Iran. Plus, tweeting something does not always mean you’re signing the statement in blood and then carving it into your family crest. In fact, we’ve learned from our internationally adored president, that Tweets are just farts – They come out involuntarily and nobody wants to stand behind them (even their own).

So Reality Winner (allegedly) did something very brave for relatively dumb reasons. She will likely spend many years in jail for what she did. I believe almost all leakers should be considered heroes because our government keeps FAR too many secrets from the people it claims to represent. …And Reality Winner will hardly be remembered in two weeks time because of our pathetic mainstream media and the corporate goons that run it.

…Of course maybe she didn’t do it and the reports of her guilt are utter donkey shit, which our media has been known to produce. (Just read Noam Chomsky’s 1988 treatise Manufacturing Donkey Shit: The Political Economy of the Mass Media.) And perhaps the whole thing was created by the Deep State to give some pathetic little shred of truth to the story that Russia is to blame for Hillary’s loss.

But I can promise you one thing – the corporate media will not have the ACTUAL conversation that needs to be had following this leak. Even though this leak did not show any Russian hacking of the actual election, it necessitates a discussion on how safe our election systems actually are. (They’re not.) We have a completely flawed, highly hackable voting system. Tech experts have said for over a decade now that no one should have faith in our systems in most states. I’ve done many stories on how pathetic our voting systems are and how they were manipulated by Hillary in the primaries and more effectively by the GOP in the general election. Greg Palast has even done reports on how the GOP made sure IN COURT that anti-hacking software was turned OFF during the election. That’s right, they wanted to make sure the machines were at their UTMOST hackable for the election. Furthermore, the code in the machines is kept secret by the voting machine companies that we should not trust AT ALL even if we were drowning in an icy lake and they tossed us a rope. Holding ALL our elections without ever actually being able to verify anything would be like having a fantasy football league without having anyone play the actual games. What is it we’re betting on?

We should ALSO dig into the fact that the US has done everything it can to hack and manipulate countless elections over the years. The list of elections and coups we’ve had a direct hand in is quite long indeed. Sometimes we even had to “hack” the election as in hack someone to pieces. (That’s called “hacking in analog.”) So every time our mainstream media chastising another country for trying to involve itself in someone else’s elections, it’s like if Bill Cosby instructed young black men on how to behave properly. …Oh yeah, he actually did that.

The manufacturing of misinformation seems to be the real Winner of Reality. …so far at least.

(In the sidebar to the right, you can sign up for our free email newsletter or become a sustaining member to help keep news and commentary like this alive and well. Use the share buttons below to spread this article.)