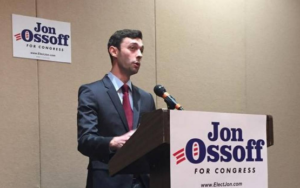 June 21, 2017 by Lee Camp
The special election in Georgia yesterday was stolen.
The Democrats are officially Charlie Brown. Every election – every special election, every mid-term election, every general election, and every election for town dogcatcher – every election that is even remotely close, they think they can pull it out. They think if they just pump enough money into it, they can kick that football. They look in Lucy’s eyes and they say, “This time, I’m gonna kick that fucking football.” And every time the Republicans steal it from them. They yank the football away and watch the Democrats fall on their ass. Then the Democrats go back into their corner and come up with the conclusion that if Bernie Sanders weren’t a goddamn socialist, they would’ve won the town dogcatcher race.
And I’m about to tell you how it’s stolen from them – and I do know how. But first I have to ask – Is dogcatcher still a thing? Is that a job? And if so, is it an elected official? Was it EVER an elected official? Did they campaign to the dogs or the citizens? And if it’s not still a job, then what happened to all the dogcatchers? Or more importantly the wild dogs? …I kind of wish there were still wild dogs. That would keep things exciting and probably get people moving a little faster on the subway escalators.
Anyway, Jon Ossoff – the Democrat favored to win the Georgia special election – had the election stolen from him in the same way Republicans steal most elections. It has been well documented by investigative journalist Greg Palast in the pages of Rolling Stone and elsewhere, and yet you’ll hardly hear a peep about it on the mainstream media. (You’ll hear more on cable news about fake words Trump tweets than you’ll hear about the following real words: Election Fraud.)
And by the way, I want to make clear I’m not a huge fan of Jon Ossoff. He seems to share a lot of neo-liberal ideas that are crushing people’s lives and making it exceedingly difficult to watch a happy polar bear in the wild. But just because I don’t LOVE Ossoff doesn’t mean I don’t want legit elections. We no longer have a democracy or a republic – we have corporate totalitarianism with a hint of fascism and a sprinkle of bad reality TV (that’s not really reality, nor, one could argue, even TV).
Ossoff’s election was stolen from him by making it very hard, if not impossible, for people of color to vote. As Palast has documented, this was done with a combination of neo-Jim Crow laws, closed polling places, gerrymandering, and Interstate Crosscheck. Crosscheck alone knocked millions off the rolls in the last presidential election. And in fact Palast was assaulted when he tried to question Ossoff’s opponent about these issues. Yet, for some reason, the Democrats continue to think they’ve got a shot in hell of winning these elections. They don’t.
And again, I’m no fan of the Democrats. (I support them about as much as I support tiny tot football – which is to say “not at all but if it HAS to happen, it should be the ones who already have brain damage who participate.”)
I can only surmise that the reason the Democrats don’t scream bloody murder about election fraud is that they want to continue to have an illegitimate system in which they can rig the primaries – as they did with Bernie Sanders. But jesus, what does rigging the primaries matter if you get pounded in the general?? If the Democrats don’t stand up for legit elections, they will spend most of the coming years staring up at the clouds and rubbing their ass.
Keep Fighting,
Lee
(To support news and commentary like this article, please become a sustaining member in the sidebar to the right and please share this article.)

You couldn’t make this up if you tried. As you may have heard, there is a lawsuit pending…
byLee Camp 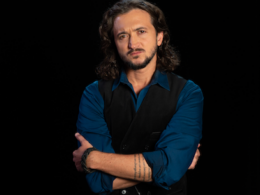