Lee Camp gives you the story behind the news, that lately, has not amounted to not much more than smokescreens rather than useful information for the country. No one is more entertained by the news than Wall Street CEOs. What could be more useful to the elite who would like to secretly run the country? When Trump makes a stupid mistake which happens like clockwork it distracts from the struggle of marginalized groups in the country. Any discussion of real reform is pushed aside to discuss Trump’s pratfalls and bumbling statements. Then he reports on alarming news that many are applauding as good news when an Amazon Echo called the police. Lee explores how one feel-good story is the beginning of a slippery slope to a world of trouble we never intended with smart home technology. Then Camp moves on to discuss the Reverend Ed Pinkney’s struggle to expose Whirlpool’s discriminatory hiring practices in his hometown of Benton Harbor, Michigan. He was eventually incarcerated for attempting to stand up to the appliance manufacturing giant. Then Correspondent Naomi Karavani joins Lee at the desk to discuss the recently leaked internal documents that reveal Facebook’s shocking and asinine censorship policies that have had black activists banned and privilege whites and elites. Finally Correspondent Natalie McGill discusses the fountain of cash flowing from soda companies to lawmakers so that they can protect their markets and advertising in poor and minority communities, while their products are nearly lethal considering the rates of cardiovascular diseases, like diabetes, in these communities. This and more on this episode of Redacted Tonight. 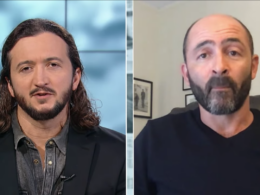 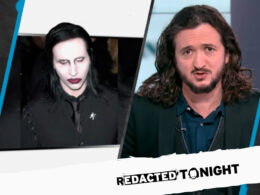 I Am Boycotting The NFL & You Should Too