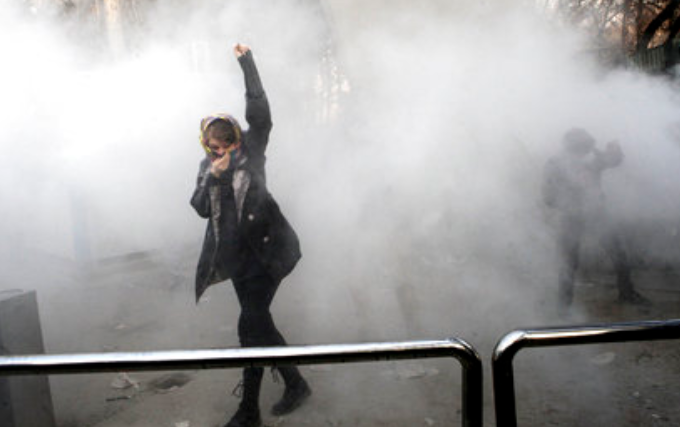 You’ve heard about recent protests in Iran. The most attributed reason for this unrest that began December 28th is “economic woes.” Yet the usual suspects – the perpetually war-hungry gang of neocons that run the U.S. government and its media – used the dissent to aid a long-standing agenda of overthrowing the Iranian government.

President Trump proclaimed that “the people [of Iran] are finally getting wise,”  while U.N. Ambassador Haley declared that “the long-repressed Iranian people are now finding their voice.”  Many foreign media, including that of the U.S., exaggerated the scale of the protests to fit a plan that serves the vested interest of the U.S. Coalition: Regime change.

As is the case with most nations today, economic concerns are certainly significant in Iran. Official unemployment is above 12%, many have been forced to take multiple jobs, and food prices are soaring. Yet Western-engineered economic warfare helped cause suffering for years while strangling the country’s social development. The inflation that sparked the original wave of protests was actually caused by Washington, who blocked “international clearing for every Iranian bank … and curtailed Tehran’s potential to export oil.“

While things are certainly better under President Hassan Rouhani than they were under the financial mismanagement of his predecessor Mahmoud Ahmadinejad, it remains understandable protests are occurring under the current administration. Rouhani promised the 2015 JCPOA (AKA  the nuclear deal) would create jobs and stimulate the economy. The people’s expectations of the government have risen in recent years, and the combination of Western sanctions and Rouhani’s neoliberal policies have thus cultivated disappointment.  “It was one thing to see that the conservatives couldn’t change things,” says Meir Javedanfar, editor of The Iran-Israel Observer.  “They feel that if he [Rouhani] can’t fix things, nobody can.”

Reasons for the original protest wave reflected this and ranged from economic issues like unemployment and inflation to general complaints about how the Iranian government handles things altogether. In some areas of the country,  pollution is so bad that “children are ordered to stay ho­­­me and miss school” and Mr. Javedanfar explains that “[Iranian] people feel that the very ground they walk on is shaking and that they can’t breathe the air around them, and the ruling regime can’t fix or help in either case because it is so mismanaged.”

But within a few days, slogans on the street shifted away from domestic concerns. Protests expressing “economic woes” died down after President Rouhani confirmed the right to protest and promised to tackle economic problems.  Interestingly, the new demands of demonstrators were extraordinarily identical to the desires of the U.S. Coalition. Brandon Turbeville writes that protesters “called for the Ayatollah and the President to step down,” and were “chanting ‘Let go of Palestine.’” This pivot from domestic policy demands to foreign policy demands not consistent with the anti-Imperialist conviction of the Iranian people suggests the initial protests were commandeered to advance another interventionist scheme.

A 2009 manual published by Brookings Institution, a prominent U.S. think tank, states that “inciting regime change in Iran would be greatly assisted by convincing the Iranian people that their government is so ideologically blinkered that it refuses to do what is best for the people and instead clings to a policy that could only bring ruin on the country.”

The Brookings paper asserts that in order to succeed at “inspiring an insurgency,”  the U.S. would need to find a proxy and offers that the CIA “could take care of most of the supplies and training.” It suggests opting to help the People’s Mujahedin of Iran (aka MEK) “conduct effective operations and defeat larger Iranian military forces.” Sure enough, the CIA has been backing MEK, and its leader, Maryam Rajavi, explicitly urged more sanctions on the Iranian government following the recent protests.

In June of this year,  the CIA even created an organization focused exclusively on gathering intelligence about Iran, yet CIA Director Mike Pompeodenies the agency’s role in influencing any protests.  ­“We have to ask why he felt compelled to issue a denial at all,” says Max Blumenthal, author of Goliath: Life and Loathing in Greater Israel.  “Pompeo is deflecting from the fact that the Trump administration has seized aggressively on a relatively small and brief wave of protests to clamor for regime change and to justify extending sanctions against Iran.”

Mostafa Afzaldeh, an independent journalist and documentary filmmaker in Iran, also thinks the protests were spun to justify more sanctions and further injure the Iranian economy. Since these sanctions will hurt the poor the worst, the increased anger of the Iranian people can then be used against the Iranian government.

Mr. Afzaldeh says that foreign TV stations such as that of the US, UK, and Saudi Arabia are “very happy if they see economic unrest or economic problems in Iran … it [unrest] gets bigger with the help of foreign channels. It [the help of foreign channels] brings people to the streets.” He also believes anti-government protests took place in rural bordering cities because that’s where foreign actors can more easily smuggle in people and weapons.

Additionally, foreign media are openly misreporting events. Executive Director of Human Rights Watch Kenneth Roth posted an image supposedly depicting an anti-Khamenei rally that was actually pro-Khamenei rally.  Many media outlets reported that former President Ahmadinejad was arrested when such an arrest did not occur.  It’s clear the U.S. Coalition and its media want division in Iran.

“The U.S. has spent hundreds of millions over the years in a failed attempt to stir up a color revolution in Iran, most notably through direct support to pro-monarchist Iranian exile groups and Voice of America’s Persian service,” Mr. Blumenthal points out. “With a constant drumbeat of coverage suggesting Iran’s budget was being drained by its foreign policy, VOA helped inspire isolated protest chants condemning Iranian support for Gaza, Syria, and Hezbollah. So, while many of the protests may have emanated from organic demands, they also exposed a longstanding program of cynical American interference in Iranian affairs.”

Trying to overthrow an elected government by hijacking minor protests, faking pictures of large demonstrations, and a narrative of ‘saving’ people from an oppressive regime is exactly what the U.S. did in Syria. As made clear in the Brookings manual, those who want regime change in Iran are trying to create “circumstances” under which “… the United States (or Israel) could portray its operations as taken in sorrow, not anger, and at least some in the international community would conclude that the Iranians ‘brought it [regime change or military action] on themselves .…’”

Iran has in fact been a target of U.S. foreign policy since its 1979 revolution, which saw the removal of U.S. puppet Mohammad Reza Pahlavi. Pahlavi was installed via a CIA-orchestrated coup of 1953 that resulted in “the five sisters [U.S. oil companies]” being brought to Iran. The U.S. government is again trying to regain control of the country under the guise of humanitarianism and democracy promotion.

Most Americans (57%) don’t even believe the U.S. “should help other countries deal with their problems,” and one can assume that number only grows the more Americans discover that U.S. foreign policy hurts foreign countries more often than it helps. Until Americans realize their sources of information are largely owned and operated by war profiteers, one can bet on hearing a lot more from well-meaning friends and family about needing to help the Iranian people via more sanctions and eventually another ‘humanitarian’ war.

3/28/18 by Eleanor Goldfield That morning, three of us woke up early – earlier than most people visiting…
byLee Camp 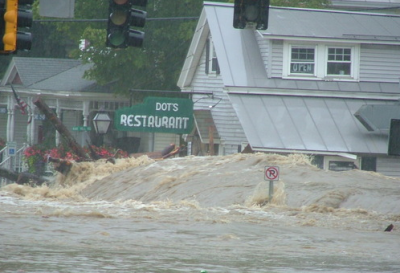 June 1, 2017 by Lee Camp Donald Trump campaigned on a promise to bring back coal jobs, which…
byLee Camp