You can listen to Common Censored for free here or on iTunes, Spotify, Stitcher, or Libsyn.

podcast #109 – LAURA FLANDERS and much more

< To get the MOC podcast on iTunes CLICK HERE. To listen at Stitcher.com CLICK HERE. >
byLee Camp 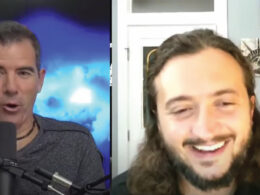 (Our reporting is being suppressed by F-book, Google, and YouTube. But we keep fighting thanks to heroes like…
byLee Camp