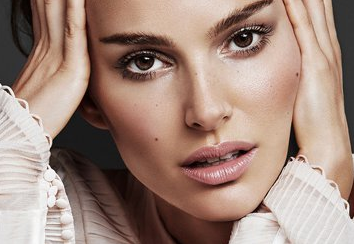 Once upon a time in a land far away there was a massacre in which heavily armed snipers under no threat for their safety shot hundreds of unarmed people, killing dozens including one journalist. …That time was a couple weeks ago.  The land was the border between Israel and Palestine. While the event was hardly mentioned on mainstream media, it was covered heavily by alternative media. The corporate stooges at the mainstream outlets can no longer “control” information. This awakening is creating change around the world – and it seems the days of pretending that Palestinians aren’t being held in a brutal open-air prison are no longer.

Israeli-born actress Natalie Portman was supposed to receive what many call “The Jewish Nobel” – the Genesis Prize. However, she stated that she could not in good conscience attend in light of recent events. This has caused the Genesis Prize to announce today that it will be canceling it’s 2018 ceremony.

This moment is important. Celebrities have a lot of power in our culture, like it or not. And when they start shifting on important issues – such as not allowing Israel’s crimes to go unpunished – it can spell the beginning of the end of longstanding paradigms. Just a few months ago, massively popular singer Lorde canceled her scheduled concert in Israel as well.

Are we seeing the tipping point in regards to Israel? Will it no longer be “acceptable” for an entire people to be living under a brutal occupation without much electricity, medicine, and other supplies? Will it no longer be “okay” to shoot and kill unarmed protesters and journalists? It certainly seems like the tides are turning.

(Our reporting is being SUPPRESSED by Facebook, Google, and YouTube. But we keep fighting thanks to heroes like you becoming sustaining members for as low as $5 a month – the same cost as two coffees. Two coffees per month. You can also give one-time donations or sign up for the free email newsletter in the sidebar to the right. ) 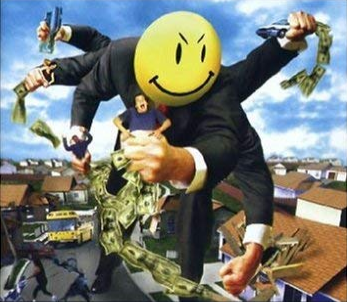 By Lee Camp for Consortium News With most of the country still on lockdown, all is quiet. For…
byLee Camp
5 comments

In Orwell’s brilliant dystopian novel “1984,” the all-encompassing government has a “Ministry of Truth” designed to decide what…
byLee Camp
23 comments