In this week’s episode of Redacted Tonight, Lee Camp reveals a new damning Stanford University study showing that major voting machine companies actually donated heavily to the Clinton Foundation AND produced non-verifiable electronic voting results that drastically favored Hillary in an absurd contrast to 337 pre-election polls. Lee also shows how CNN is not only helping to prop up ISIS, but is giving them tips on how to strike the US. Plus, he breaks down just how crazy large America’s trash creation is. Redacted Correspondent John F. O’Donnell presents a segment about how Big Coal is robbing it’s employees of their pensions and benefits, while at the same time sticking the US taxpayers with the responsibility of paying to clean up their environmental messes. And Redacted Correspondent Carlos Delgado shows up in studio to discuss the “Dark Act” that is trying to undermine states’ ability to label GMOs.

Monopolies Have Taken Over Nearly Every Industry [VIDEO] 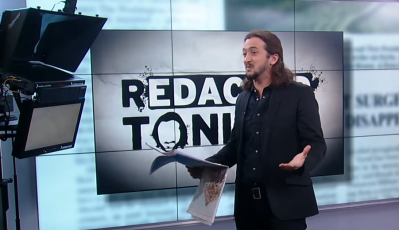