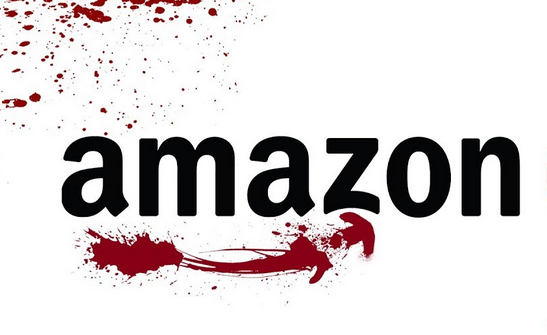 As tax day looms, most of us are grumbling and griping about the joyless task of shelling out hard-earned wages to the Empire. Regardless of political perspective, the people are overwhelmingly aware of the fact that whatever taxes they’re paying out, they’re not getting a lot back. In theory, I support taxation. The basic idea being that when people live in a community that requires upkeep and services, the people of that community should all pitch in to make sure those services are of good quality, readily available and reliable. We want good schools, public libraries, healthcare, road maintenance, etc. In other words, we want our family and our neighbor’s families to have what they need to not only survive but to thrive. The problem with our system is that unless your neighbor is one of the Forbes 400 or an F-35, your tax dollars aren’t going to support your neighbors. They’re going to support the people who need it the least: corporate CEOs and the richest in the country. It really is no wonder our public services are so anemic – hardly any of our money goes into them!

According to a Good Jobs First report, from 2000 to 2017, the federal government alone awarded big business $72.3 billion in grants and allocated tax credits. When asked about these obscene tax breaks for big business, politicians and pundits argue that these companies need incentives in order to grow and hire more people – that the extra capital we throw at the capitalist elites will trickle down not only to the workers but to the communities that those workers live in. Well, let’s see how that looks in practice.

As an example, a study released earlier this year by Policy Matters Ohio shows that 10% of Amazon’s Ohio workforce – more than 700 employees – are on food stamps. Besides being hungry, working at Amazon will also make you sick. Emergency responders in Ohio told Bloomberg they visit the factory at least once every day to attend to an injured worker thanks to the sweat-shop style conditions. Needless to say, Amazon isn’t subsidizing emergency services for the local community. But still, Ohio forges ahead. This year, they’ve brokered a deal for three Amazon data centers giving Amazon a 15-year exemption on property and sales taxes worth $77 million, a $4 million offset to payroll costs, and $1.4 million in cash. In return, Amazon only had to commit to 1,000 full-time jobs. It’s also worth noting that those are poverty level jobs.

(Like this article so far? It doesn’t exist without help from people like you. Become a sustaining member for as low as $5 a month – the same cost as half a cocktail. You can also give one-time donations or sign up for the free email newsletter in the sidebar to the right. )

On a more national scale, since 2000 Amazon has received $1.115 billion in tax credits in 129 communities in the U.S. And get this: Amazon CEO Jeff Bezos is worth roughly $100 billion. If you were to shave that down to $99.5 billion, nobody working at any Amazon facility in America would need assistance to eat. But why would Bezos offer that up?! Particularly when he has the power to send cities across the country into a twisted frenzy as to who can pay him more to screw them over. Late last year, Amazon announced it was looking for a place to build its second headquarters, and it wanted to see what it could pull from each place – who’d be willing to do the most for the least. As reported in the New Republic “Worcester, Massachusetts offered a $500 million package that included 100 percent property tax exemptions for the headquarters’ employees. Philadelphia’s price tag was $2 billion. A developer in Irvine, California said he’d pay the entire $5 billion in construction costs himself. Newark, New Jersey upped the ante to $7 billion in tax benefits. Some cities, like Washington, created cringe-worthy promotional videos and performed publicity-seeking stunts. Stonecrest, Georgia tried to one-up all applicants by offering to create a 345-acre city in Amazon’s name.” While mayors and officials will call this incentivizing, what it is is bribery. Not only that, it’s bribery using the people’s money to ultimately screw over the people; dropping hard-won dollars into the pockets of dip-shit billionaires like Bezos instead of into public services.

A report from late 2017 shows that Kentucky now spends more on corporate giveaways than on public pensions. In Baltimore, Maryland billions are shoved into the hands of corporate developers while schools and communities literally fall apart. In early January of this year, a GoFundMe was launched just so schools could turn the heat on. Some 60 schools across the city had heating issues. Meanwhile, corporations can warm themselves with the more than $3 billion in public money they’ve pulled from the city since the 1970s in the form of direct subsidies, tax write-offs, PILOTS or payments in lieu of taxes, and TIFs or tax increment financing. 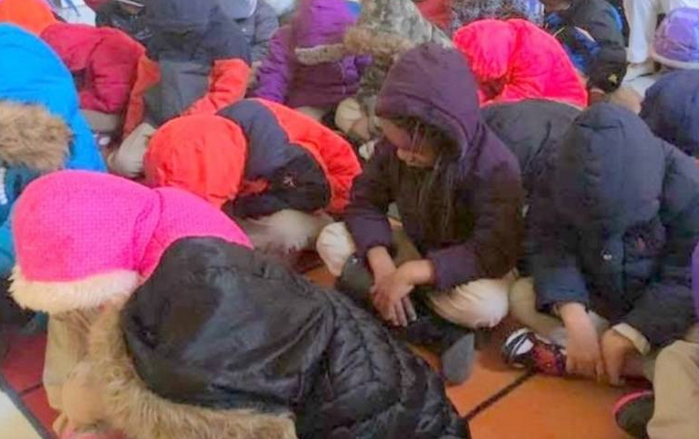 The idea that turning kids into icicles is worth corporate development and jobs is as insufferable as Maryland winters. But that’s just the tip of the kid-sicle. As Jim Hightower noted in a recent article on the subject of corporate subsidies, “New York gave a $258-million subsidy to Yahoo and got 125 jobs costing taxpayers $2 million per job. Oregon awarded $2 billion to Nike and got 500 jobs. That’s $4 million per job. North Carolina shelled out $321 million to Apple and got 50 jobs. That’s $6.4 million per job. Louisiana handed $234 million to Valero Energy and got 15 jobs. That’s $15.6 million per job.” Furthermore, the Institute for Local Self Reliance found that while Amazon employed 146,000 Americans in 2015 – the corporation has killed 295,000 U.S. retail jobs. And again, those are low-paying and often part-time jobs with no benefits or job security. So despite the hefty price tag per job, the workers and communities aren’t getting much of a return on their investment. In actuality, they’re getting down right shafted. And not just them – us too. A study released earlier this year estimates that taxpayers spent $152.8 billion in 2015 as a result of low wages. That’s money that could easily have come from the corporations themselves. And this isn’t about not wanting to support people who need it, who are struggling. But if they’re only struggling because the corporations we’re subsidizing refuse to pay them fair wages and instead choose to enrich themselves, we’re not actually supporting people. We’re supporting – and giving raises to – the companies who refuse to support their workers. No one working for a multi-billion dollar corporation should be struggling to pay their bills. No one.

When it comes to energy companies, the story is only different in that it’s worse, both economically and ecologically. Oil Change International released a report last fall showing that “US fossil fuel production is subsidized to the tune of $20 billion annually.” That’s 20 billion going straight from your wages to the pockets of oil and gas tycoons that poison our land, air and water. And when it’s time to clean up spills or pay for illnesses or injuries sustained by their workers and the communities they operate in, oh geez – just can’t seem to find the cash. That burden, once again, falls on us. Still, this story isn’t that much different than the previous ones. However, with energy, manufacturing and agricultural industries around the world, there’s another economic and ecological burden that falls on we, the people. In April 2013, Trucost and The Economics of Ecosystems and Biodiversity program released a report outlining the “unpriced natural capital” consumed by the world’s top industries. “Natural capital” refers to ecological materials and services like, say, clean water or a stable atmosphere; “unpriced” means that businesses don’t pay to consume them. The report ranked so-called region sectors based on their natural capital impacts. A region-sector refers to a specific industry in a specific area of the world. So, for example, cattle ranching and farming in South America. In this case, the greatest natural capital consumed by this region sector is land – i.e. clearing out huge swaths of the Amazon rainforest in order to graze cattle. The ranching industry of course doesn’t pay for the ecological costs of deforestation because if they had to, they’d be in the hole nearly $300 billion. The natural capital cost of deforestation is $312.1 billion. The revenue from the cattle ranching and farming industry is only $16.6 billion. And while this monetary gap is humongous, the negative income finding was ubiquitous. Not only did the report find that unpriced natural capital costs the world $7.3 trillion a year but that “of the top 20 region-sectors ranked by environmental impacts, none would be profitable if environmental costs were fully integrated.” In other words, the world’s top industries destroy the planet and we not only pay them to do so but we pay for the various and expensive effects of that destruction. The industrial behemoths of our world: coal, meat, natural gas, oil, logging – NONE of them would be in the black if they actually had to pay for the destruction they cause.

Between federal and state subsidies, government welfare and ecological fallout, we pay corporations two, sometimes three times over under the guise of boosting the economy. Predictably, however, the only things boosted are corporate profits, income inequality and ecological disaster. Companies like Amazon pit communities against each other and then watch the scuffle like a sadist watches malnourished dogs fight over poisoned scraps. We rip ourselves, our communities and our entire economy apart for the sake of sustaining an unsustainable system. We are the corporate sugar daddies – and until we stop subsidizing the biggest, dirtiest, shadiest and most evil corporations, we will continue to be screwed by them.

(Our reporting is being SUPPRESSED by Facebook, Google, and YouTube. But we keep fighting thanks to heroes like you becoming sustaining members for as low as $5 a month – the same cost as as two coffees. Two coffees per month. You can also give one-time donations or sign up for the free email newsletter in the sidebar to the right. ) 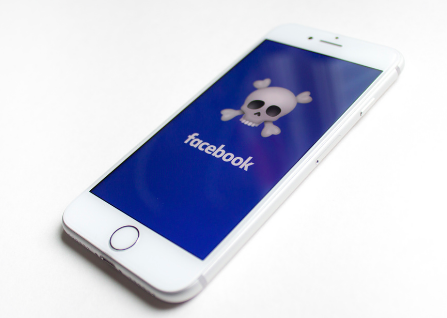 Help Me Make A Show Corporate America Will HATE!

At first I didn’t want to do a Kickstarter campaign for the Moment of Clarity Show. I didn’t…
byLee Camp

Wanna see a true and clear example of just how bought and sold our government is? Let’s take…
byLee Camp