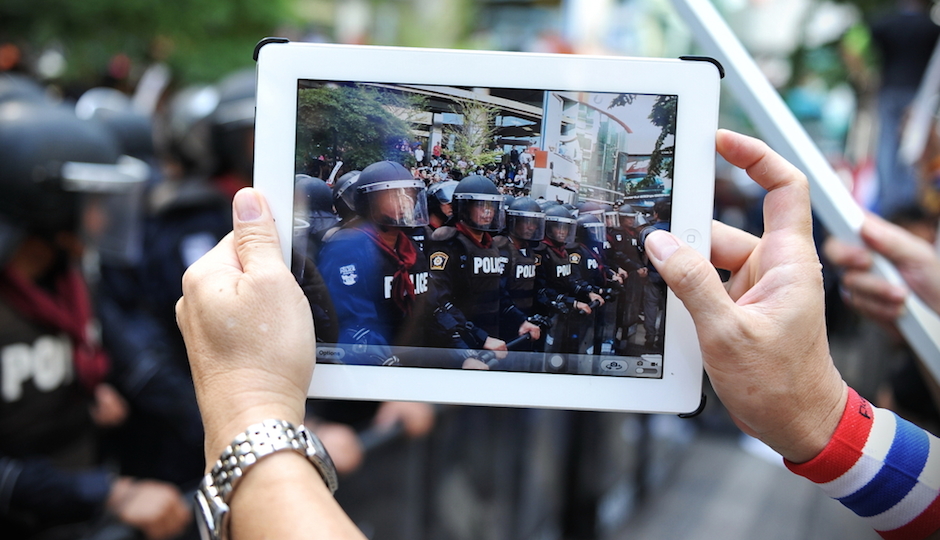 Arkansas State Rep. John Walker was arrested for filming the police as they handcuffed a black man for a traffic stop. As he was filming, he said to the man, “I’m just making sure they don’t kill you.” Rep. Walker was important in passing a state law protecting the rights of those filming the police. Apparently word of said law has not trickled down to the police though. Charges have since been dropped against Walker because… well, you know, it doesn’t look so good for the Arkansas police. On my show Redacted Tonight we’ve covered how when cops murder an unarmed person, they often arrest the person filming them. We’ve also given a How-To for filming the police.

(To get updates like this in your inbox, sign up for the free newsletter in the sidebar to the right.)

Common Censored is also available on iTunes, Spotify, and Stitcher. (Our reporting is being SUPPRESSED by Facebook, Google,…
byLee Camp
2 comments

Friday, Oct 21, 2016 In the latest Wikileaks dump of Clinton staff emails, we learn that they are…
byLee Camp
9 comments