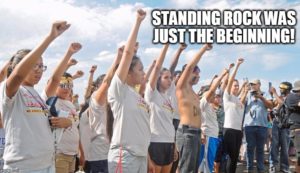 As the battle against the Dakota Access Pipeline continues, a pair of new encampments led by Native Americans opposed to the Trans-Pecos Pipeline in West Texas show that the tactics of the #NoDAPL water protectors have spread nationwide.

The Army Corps of Engineers denied a critical permit to the Dakota Access Pipeline on December 4, delaying completion of construction until Donald Trump takes office, and giving opponents more time to target the pipeline’s financial sponsors. However, Energy Transfer Partners says they will not be stopped by the Army Corps’ denial, nor the protesters.

On Saturday, one Native American water protector and one local resident of Alpine, Texas, a community threatened by the Trans-Pecos Pipeline, locked themselves to construction equipment owned by Energy Transfer Partners, the Dallas-based company behind both pipelines. The lockdown symbolically celebrated the new Two Rivers camp, where many other water protectors are already gathering. A second site, Camp Trail Deer is also growing.

Both pipelines cross Native American territory and endanger (or have already destroyed) native sacred sites, and water protectors say their tribes weren’t properly consulted before construction began. Opposition to the Trans-Pecos Pipeline has united both Native Americans and local ranchers, angered at the way Energy Transfer Partners used eminent domain to take their land for the project. Eminent domain laws are meant to facilitate construction that benefits the public good, but these pipelines represent only private profit.

Sales from the export of fracked gas would further line the pockets of Kelcy Warren, multi-billionaire CEO of Energy Transfer Partners. Warren is a GOP political donor with notoriously deep pockets, and Rick Perry, former Governor of Texas and a recipient of millions in Warren money, is likely headed to the White House as Trump’s Secretary of Energy.

“This is a huge historical moment for environmental issues, for protecting our water, protecting our land, protecting sacred sites and protecting treaties,” said Frankie Orona, executive director of the Society of Native Nations and an organizer at the Two Rivers camp, in an interview published Monday by The Guardian.

Despite the difficult fight ahead, climate activists are determined to defend the earth, the air, and the water. The ongoing struggle in Standing Rock will serve as a model for the struggle for years to come.

(If you’d like to support journalism like this, please become a member in the sidebar to the right.) 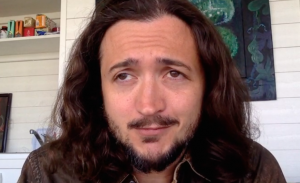 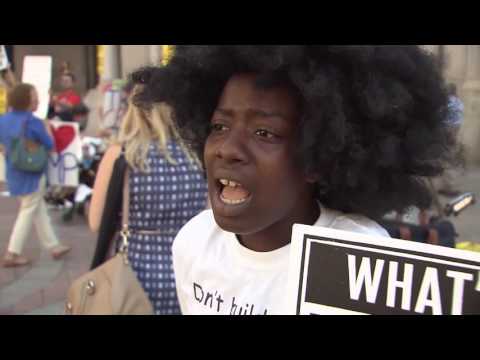