Lee Camp delves into the insane GOP tax reform plan, which is really yet another giveaway to the rich. Then, Lee talks about how people in Atlanta are actually getting arrested for having compassion and discusses the anti-war activists arrested for protesting a secret American spy base in Australia. Lee rounds out the 1st half of the show by introducing a new segment: “Suppression Celebration.” In the 2nd half of the show, Natalie McGill joins Lee at the desk to discuss the emerging science of gene editing and how why we should doubt the motivations of its largest funder. Then, Naomi Karavani presents a segment on the CIA’s covert funding artists during the Cold War. This and more on Redacted Tonight. 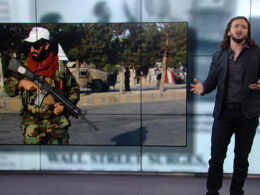 Redacted Tonight #354 – We Funded The Taliban For 20 Years 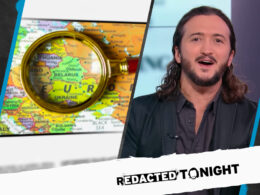 This Man Infiltrated The World of Trump Supporters [FULL EPISODE]