Last year WikiLeaks showed Clinton’s campaign to be laughably corrupt, and suggested that the “D” in “DNC” was perhaps inserted ironically. The media promptly began focusing on the source of this information by equating WikiLeaks with “Russian hackers,” instead of analyzing the proven corruption and its implications. A group founded in 2003 to question the WMD narrative from which our consent was manufactured to attack Iraq, has re-emerged to question the Russian hacking narrative politicians and media pundits have hammered into our brains since the election. Hard science from these forensic investigators and intelligence analysts now demonstrates the Podesta emails came from a leak, not a hack. Corporate media, unsurprisingly, won’t touch this story, as it would indict them to a devastating degree. The most nefarious things about endless media repetition of the Russian hacking narrative is that it’s been sold to us as an “attack” and an “an act of war,” and that Democratic politicians don’t have to reflect on the neoliberal economic policies that caused so many to vote for Trump in the (false) hope that he’d represent a change. In sum, the military industrial complex wins, and the Democratic establishment successfully avoids all scrutiny of neglecting the people it claims to represent.

Psychologists behind the CIA’s “enhanced interrogation” program have settled out of their court case with three torture victims defended by the ACLU. These “architects” were paid 81 million dollars for their techniques, yet this torture was largely ineffective. And the settlement is unsurprising, because if this went to court it would be overwhelmingly bad PR for the CIA.

After discounting their heart-stopping Stacker Burger for one day, Burger King gave 50% of that day’s profits to a startup making 3D prosthetic arms. Burger King Argentina has been airing a commercial showing that you It’s ironic because fast food increases the chance of amputations.

NEW PROOF: $21 Trillion with a ‘T’ Unaccounted For At Pentagon [FULL EPISODE]

If you liked this, you would like my new free weekly podcast “Common Censored” – Give it a…
byLee Camp
5 comments 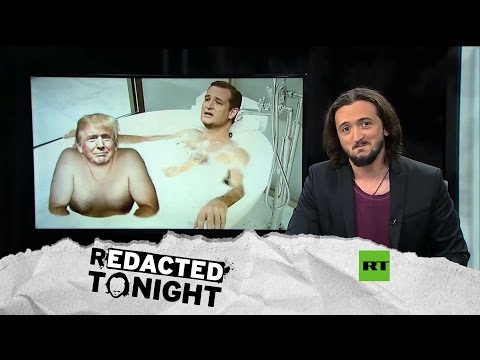 Redacted Tonight’s team of truth slingers break down the dangers of escapism, the rise of Jeremy Corbyn and his…
byLee Camp
No comments

Corporate Media Contradict THEMSELVES With Their Propaganda (Redacted Tonight)

The corporate media's war propaganda machine has been making Lee's job easy recently with some blundering headlines about the enemies of the empire which are then directly contradicted within the article.
byLee Camp
No comments