Lee opens by revealing the government sanctioned poison pusher, Monsanto’s backdoor deals. Cancer causing pesticides like Roundup were widely used, despite science to prove otherwise, but the company made a concerted effort to get scientists, the media, and the government on their side by filling their pockets or intimidating them. Monsanto also has unholy partnerships with universities which taints scientific research even further. Then Lee covers some of the most mind-blowing headlines from the week starting with the prosecution of bankers in Vietnam while American bankers are experiencing an all-time low of fines. What’s more disturbing is that news sites that keep track of how the kleptocracy is screwing and killing us at the same time, the alternative media, are now being censored by the all-powerful Google search engine. Our toddler-in-chief gets some new babysitters in the oval office: military commanders and plans to privatize the war in Afghanistan. The opioid epidemic continues in the United States while the weak state of Afghanistan continues to supply the drug. Then, in the second half, correspondent Natalie McGill joins Lee at the desk to talk about a privately-run prison in New Mexico which powers a small town’s economy by incarcerating people. Finally, correspondent John F. O’Donnell breaks down the latest in boycott movements and anti-boycott legislation, especially anti-Israel boycotts. This and more on Redacted Tonight. 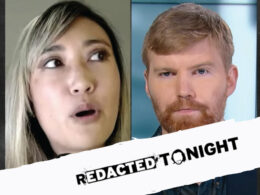 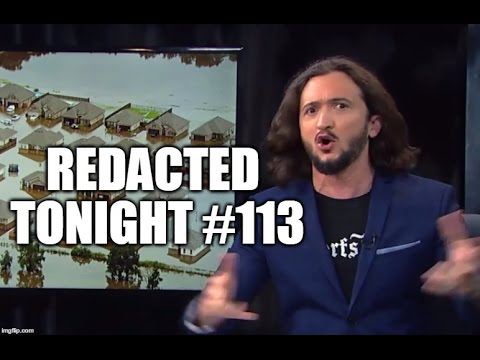 In this episode of Redacted Tonight, Lee Camp covers the movement of change that is shaking the foundations…
byLee Camp

Descendant of Robert E. Lee Wants to Bring Down the Statues