In this episode of Redacted Tonight, host Lee Camp reveals video of lawyers who have proof that there was election fraud in California that could overturn the primary. As the establishment candidate, Hillary Clinton has benefited from voter disenfranchisement all over the country, while Bernie Sanders, the insurgent candidate, has been disadvantaged. Furthermore, the corporate mainstream media like MSNBC and CNN have been “all in” for Hillary from the start, which Lee further exposes by showing that the MSM is rushing to “coronate” Hillary as the Democratic presidential nominee. After the break, correspondent Naomi Karavani joins Lee to discuss the messed up situation happening in Louisiana right now where the state is so bankrupt that they can’t afford to pay district attorneys to represent poor people in a timely fashion. That’s right, a cornerstone of our American values, Habeas Corpus, is going by the wayside! Also, correspondent Carlos Delgado presents a segment about how Puerto Rico has also been disenfranchised in this presidential primary too. Yes, Puerto Rico is a part of our primary process, because they’re a territory of the US. It has 67 delegates. Finally, correspondent John F. O’Donnell rounds things out by giving Bernie Sanders supports some perspective on the revolution. 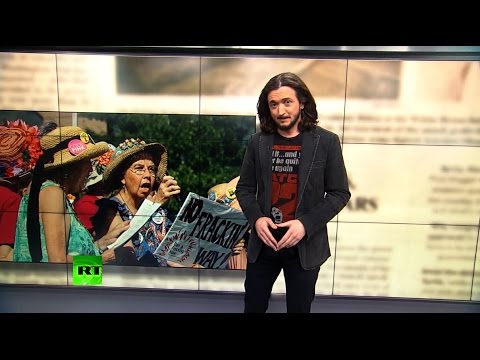