REDACTED TONIGHT 124: Here’s Who To Blame For Trump, The Good News Of The Election, & More

Lee Camp opens the show by dissecting who is to blame for the humiliating and deplorable results of the United States presidential election. How could this have happened? Some of the answers are so obvious and some others will have your head spinning. Lee also discusses the silver lining of this election season and why it’s an exciting to be alive now when there’s more activism than ever. Then, correspondent John F. O’Donnell joins Lee at the desk to explain why it was important to hold politicians like Hillary Clinton accountable even though they might be up against a more monstrous candidate. Finally, correspondent Naomi Karavani reports on the positive outcomes in many state ballot measures. 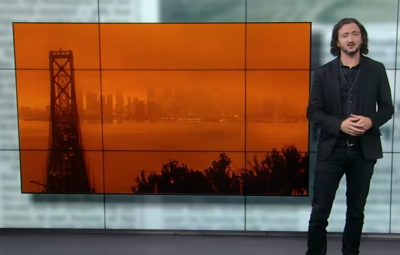 Watch Lee continue election coverage that you won’t see on the mainstream media. Many networks are declaring an…
byLee Camp