Lee Camp opens the show by cutting through the thick bullshit that is the 2016 Presidential Election. He also provides important tips to make sure your vote is actually counted. It’s absurd how many Americans get bumped off the voting rolls and/or don’t even have their votes counted. Learn the crucial ways to keep this from happening to you. …UPDATE: In the original version of this episode, there was a 1-minute segment on the rape case against Donald Trump. At the same time the show was airing, the accuser dropped the charges because she says she feared for her safety. We have cut that 1-min segment out of the episode because it is now incorrect. ….Lee also discusses a new Wikileaks revelation that is being completely ignored by the mainstream media. The leak shows that a top executive at a big bank that contributed to demolishing the American economy in 2008 HAND PICKED Obama’s cabinet a month before he even got elected.
Then, correspondent Naomi Karavani joins Lee at the desk to explain the most important state ballot initiatives you can vote on to really enact change. Finally, correspondent John F. O’Donnell files a report about the brave Water Protectors of Standing Rock, who are putting it all on the line to stop the Dakota Access Pipeline. He also provides info for how YOU can really help. 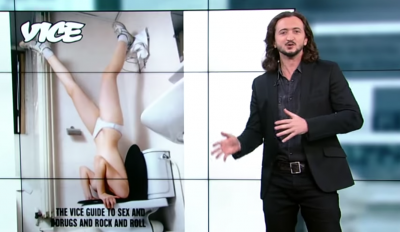 Why Aren’t They Talking About Haiti?? [VIDEO]

There’s No Better Time To Break This Mental Prison [VIDEO]