UPDATE: I got an exclusive comment on this situation from Jill Stein – “Thanks to the free and open internet, people’s eyes are being opened to how corporate-funded media outlets, including PBS, have controlled the narrative by choosing what to report and what to leave on the editing room floor.”

So presidential candidate Jill Stein was on PBS’s News Hour with Judy Woodruff. Apparently WITHOUT TELLING THE AUDIENCE, they sliced out key portions of Jill Stein’s final answer – specifically stuff about TPP and climate change. They played it off AS IF what they showed was the complete answer. Unfortunately the only place people (not just me) seem to be able to find the extended version showing the cuts is from this strange YouTube channel called “Orf”? And unfortunately the footage is jumpy for some reason – like it’s a 1980’s rap video. And ALSO unfortunately, the guy explaining it (perhaps he’s Orf?) calls Judy Woodruff “Judy Garland.” …I wish I were kidding. …So all those things do not lend themselves to credibility, I will admit. But I have confirmed everything he says is true with Stein’s campaign and got an exclusive comment (see above). Jill Stein was CENSORED on PBS News Hour – in a way that even racists like Donald Trump would not be.

Please spread the word about this!

2/1/2018 by Eleanor Goldfield If you appreciated this report, support Eleanor’s work for as little as $5 a…
byLee Camp
3 comments 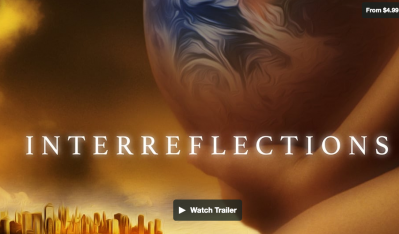 The Zeitgeist trilogy are some of the most viewed documentaries in history. The creator of those films, Peter…
byLee Camp
2 comments