The Democratic presidential debate happened and, based on poll numbers, Bernie Sanders won the debate. According to CNN Hillary won the debate. This may be confusing, considering every poll after the debate gave concrete numbers showing Bernie’s victory. But when it comes to the media, numbers don’t matter – when you can report revisionist history. Redacted Tonight shows how the media is lying. 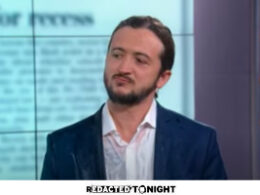 The Climate Crisis Is Nothing To Worry About! (Redacted Tonight)

If McDonald’s Ads Were Honest, They Would Be Really Scary

This clip from my show “Redacted Tonight” has been viewed over 120,000 times on various websites. Check it…
byLee Camp
2 comments