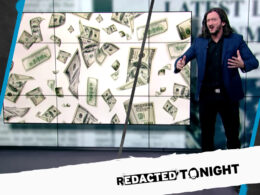 Also, get my comedy album for FREE by going HERE.
byLee Camp