Trump Is Just The Next Step In The Festival Of Parasites 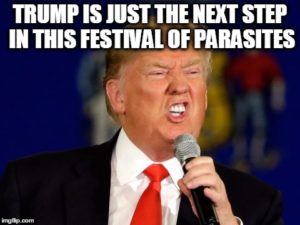 Donald Trump is filling this government with the biggest group of parasites and bottom feeders you’ve ever seen. It’s the things that eat the poop out of the other creatures’ butts. Where the fuck is he even FINDING these people? He’s like, “I need a cabinet, let’s flip over this decomposing raccoon carcass and see what’s under there. Maybe there’s a treasury secretary.” I won’t write their names here because if you say or write their names, Beetlejuice shows up and pees snakes at you.

So where do we put Donald Trump on the progression of the takeover of the state by a tiny group of corporate elites and the extraction of all the wealth? Well, he’s the final stage in which all pretense has been dropped. The whole “We’re public servants who just want to make sure things at your factory go as scheduled.” We did away with ALL that shit. We’re now at the point where the guy is just like, “I’m VERY rich. I don’t pay my fucking taxes. I sexually assault for sport. And I hate all immigrants unless they’re my wives.” We’re there now.

…So an uplifting prediction there from Mr. Hedges. Quick bit of trivia – Before winning his Pulitzer as a war correspondent, Chris Hedges was a professional “Fungineer”. He was paid to turn a run-of-the-mill office party into a real RAZZMATAZZ! You should’ve seen the naughty piñatas he brought along.

The most recent example – Wells Fargo was charged for opening millions of false accounts in order to bilk their OWN customers. But, “Disgraced CEO John Stumpf left Wells Fargo with a pay package that averages nearly $15 million a year.” FIFTEEN MILLION A YEAR FOR DEFRAUDING YOUR CUSTOMERS?! GOD DAMN IT! How do I get THAT gig?! Here I am trying to be a nice dude to get ahead, but FUCK! I have a five-star rating as an Uber passenger – hasn’t earned me a dime! I never complain to the Uber driver even when their car perfume smells like an Italian male model is tonguing my nostrils – I STILL don’t complain.

But people argue, “Nah-ah, Lee. Look at all the money the whole country is making! The Dow Jones is doing well. We’re in the middle of a recovery!” Yes, a recovery for the 1%. And “Adam Smith wrote that profits are often highest in nations on the verge of economic collapse. These profits are obtained, by massively indebting the economy. …they use their monopolies to gouge the public.”

We all remember the recent example of Mylan, the big pharma company that raised the price of the EpiPen used to treat sometimes-deadly allergic reactions from $57 to $500. How can they argue they’re benefiting the economy when some PEOPLE WILL DIE from price-hikes like that? Some schools won’t be able to afford the EpiPen. And I’m sure the company is like, “But can you put a price on a child’s life?” Well… depends on the kid. For most of ’em – No. But I’m sure there are some out there that cap off at 400 bucks. I have a dumb cousin that wouldn’t beat $350 if he came WITH a Mickey Mantle rookie card.

But Mylan doesn’t care, because in late-stage capitalism profit is truly ALL that matters. Hedges points to author Michael Hudson who said “…the issue is whether Goldman Sachs, Wall Street and predatory pharmaceutical firms actually add product or whether they’re JUST exploiting other people.”

Do they DO anything? Or are they simply parasites? Well, Hudson says, “…People think of a parasite as simply taking money, taking blood out of a host…But the parasite can’t simply come in and take something. First of all, it needs to numb the host. It has an enzyme so that the host doesn’t realize the parasite’s there.”

Numbing the host you say? Is there any evidence that our economy has numbed the host so that we don’t realize what’s going on? OTHER than the fact that we’re all COMPLETELY lost in our screens and our video games, our flat-screen TV’s and our fantasy football? OTHER than that?!

“And then the parasites have another enzyme that takes over the host’s brain. It makes the host imagine that the parasite is part of its own body, actually part of itself and hence to be protected.” The host imagines that the parasite is good for it? That it’s part of our own bodies? And we are invested in its welfare? That we need to protect it? I haven’t seen anything like that. EXCEPT for the way everyone cheers the stock market as if it doesn’t represent the successful exploitation of workers. EXCEPT for the fact that TV shows treat the stock market like a football game in which we’re cheering for our favorite team.

“That’s basically what Wall Street has done. It depicts itself as part of the economy. Not as a wrapping around it, not as external to it, but actually the part that’s helping the body grow… But in fact it’s the parasite that is taking over the growth.”

These people – the corporate left, the corporate right, and the Donald Trump – are all parasites, enriching themselves off the hard work of others. They haven’t taken over with tanks, they’ve taken over with think tanks. They don’t use death to exert their will, they use debt. Back to Hedges, “What comes next, history has shown, will not be pleasant. A cruel and morally bankrupt elite, backed by the organs of state security will… bankrupt the citizenry through state-sponsored theft, war, austerity and debt peonage.” Now that sounds scary BUT RELAX – they’ve pretty much already done that.

“They will reduce workers to the status of serfs or slaves. The most benign dissent will be criminalized and crushed.” Okay, that REALLY sounds scary BUT DON’T WORRY, they’re nearly finished with it! Just sit back and let them complete their pillaging.

“America’s… elites have no external or internal constraints. They are barbarians. We will remove them from power or enter a new dark age.” …Yeah. I know. It’s hard to believe. HE was a fungineer?! That’s jaw-dropping.

So the question is how does one get rid of a parasite? Well, you either drink battery acid OR you watch so much “Celebrity Apprentice” with new host Arnold Schwarzenegger that the parasite is like, “For the LOVE OF GOD! NO – I CAN’T – I JUST CAN’T!” and leaves. …Why does “Celebrity Apprentice” ONLY choose hosts who are orange, neo-Nazi sympathizers with questionable sexual harassment records? Do they ASK for that on Craigslist?

(To see this performed on my show “Redacted Tonight” CLICK HERE.)

Holy shit. We did it!

In only 8 DAYS we have already 99% funded TEN NEW EPISODES of the Moment of Clarity Show. 417 people…
byLee Camp 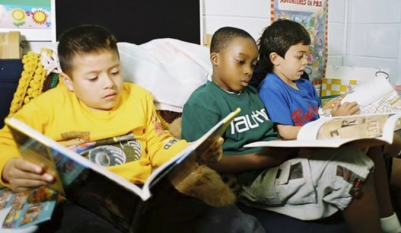 by Lee Camp Racism is like sewage. Whether we’re currently engaging in a national dialogue about it or…
byLee Camp 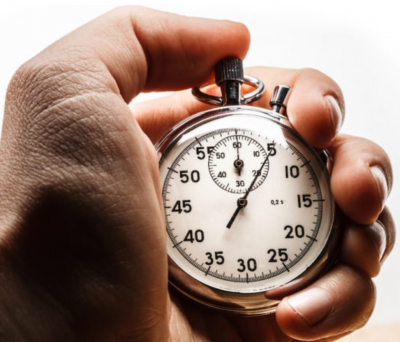