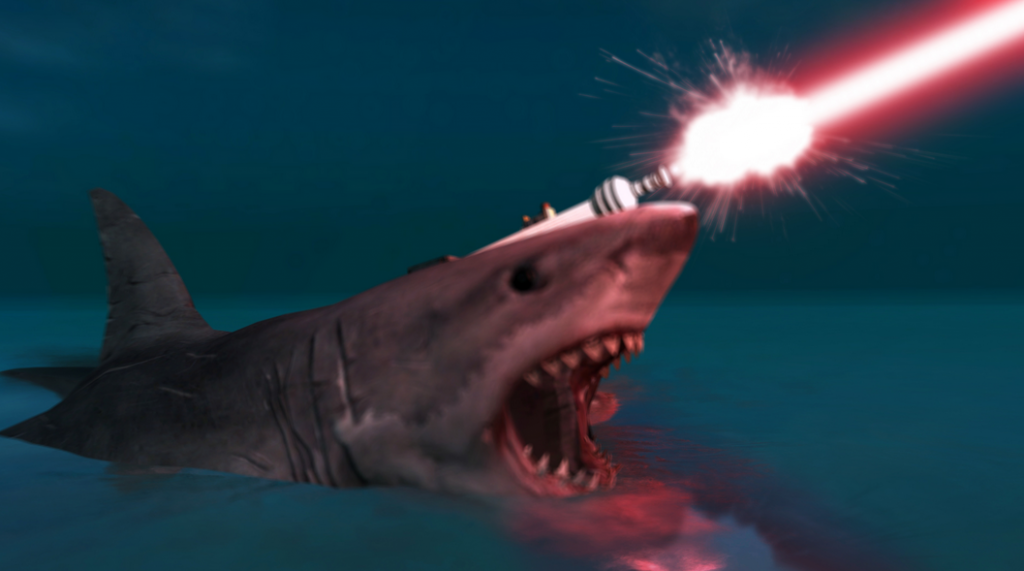 If there is one thing we Americans can do, it’s take something cool and exploit it for personal gain. And when it comes to the Defense Advanced Research Projects Agency (DARPA), such a move could change marine ecosystems forever.

The agency’s new program, Persistent Aquatic Living Sensors, or PALS, would genetically modify aquatic wildlife like fish and coral reefs to track enemy vessels like submarines. (Unfortunately there’s no talk of lasers on sharks… YET.) DARPA officials say aquatic wildlife–which can sense sound, electricity and more–have self sustaining qualities that could outlast any hardware used to detect underwater craft.

Despite the acronym “PALS” conjuring up an image of a smiling cartoon seal high-fiving a military scientist, the idea of our oceans being used as military zones—and the prospect of a mutant fish takeover—is cause for apprehension, at best. Thus DARPA was quick to reassure environmentalists that it would only expose genetically modified organisms in “contained, biosecure facilities,” and avoid using endangered species and intelligent mammals.

(Our reporting is being SUPPRESSED but we keep going thanks to people like you. Please throw in a few pennies by becoming a member in the sidebar to the right. Thanks! )

But DARPA’s promises mean nothing if its intent is to release these modified mammals into our oceans. This could wreak irreversible damage to underwater ecosystems, and considering the Navy uses dolphins and sea lions to detect underwater mines, their claim that they’ll avoid using intelligent mammals must be taken with a grain of salt.

Our country’s military industrial complex is so entrenched that if the Pentagon could arm the manatee wearing the “Come At Me Bro” t-shirt from that stupid Geico ad, it would.

Having the audacity to militarize aquatic wildlife means ignoring well documented evidence that our ecosystems have suffered enough. The Pacific Ocean is so warm that pieces of starfish and whales are washing up onto beaches. Whales are dying on Atlantic Ocean shores, from as far north as Maine to as south as North Carolina. The Arctic Ocean could be almost entirely free of ice by 2040, jeopardizing the lives of polar bears, seals and countless other species.

(Our reporting is being SUPPRESSED by Facebook, Google, and YouTube. But we keep fighting thanks to heroes like you becoming sustaining members for as low as $5 a month – the same cost as as two coffees. Two coffees per month. You can also give one-time donations or sign up for the free email newsletter in the sidebar to the right. )

Trump’s Latest Attack On Women Is Worse Than You Think

5/1/2018 by Eleanor Goldfield 60 years ago, President Eisenhower proclaimed May 1st Law Day. According to the American…
byLee Camp
No comments