Lee Camp explores how the mainstream media shunned any investigative reporting into the REAL reason why Trump bombed Syria. Not only did it have nothing to do with a chemical attack, but evidence suggests there wasn’t a chemical attack to begin with. Yet that didn’t stop the media from feeding its never ending obsession with war. Next, on the heels of our nation’s 241st birthday, Lee reminds us that those miniature American flags we wave aren’t just cheaply made symbols of patriotism. They’re actually reminders of the death of an American labor force replaced by overseas workers who are paid pittance to make them, thanks to corporations who could care less about Americans and care a lot more about deepening their already fat pockets. In the second half, Correspondent John F. O’Donnell joins Lee at the desk to discuss whether the violence wrought in the Revolutionary War was the only door open to America for gaining its independence, or if the evidence of nonviolent action that preceded battle suggests we could have achieved this much more peacefully. Finally, Correspondent Naomi Karavani exposes how Bush administration officials got a free pass for crapping over the human rights of thousands of innocent immigrants detained following 9/11. All this and more on the latest episode of Redacted Tonight. 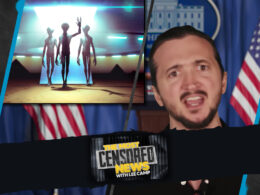 90% of The World Doesn’t Back Us Right Now

The Truth About RT America 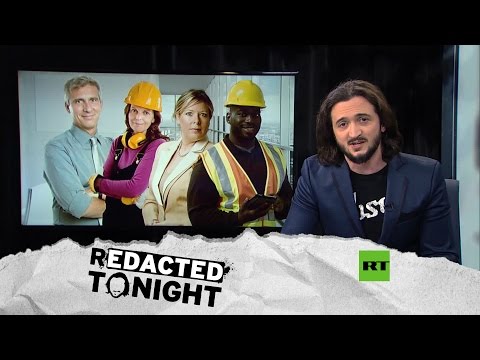 In this Episode of Redacted Tonight, Lee explains why unions don’t suck. Then we review a Tennessee proposed…
byLee Camp
No comments