Lee Camp explains that there is another financial crisis looming over us. Just like in 2008/2009 when everybody was defaulting on mortgages, the same thing may happen very soon with student loan debt. The numbers of total debt and the percentage of people in default are nearly identical to the housing crisis. It’s a scary proposition, but certainly worth knowing about because these student loans are backed by the government, which really means us, the taxpayer. Next, Lee discusses the wake of Trump’s abysmal 2018 budget proposal. White House Budget Director, Mick Mulvaney, hit the news talk show circuit to make a very poor case for why gutting government programs vital to educating Americans and cleaning our air are just trimming the fat. Lee eviscerates him in this scathing piece. In the second half of the show, correspondent Natalie McGill joins Lee at the desk to reveal the stunning display of irony of right-wing lawmakers now proposing laws that would punish college students who protest campus guest speakers, absurdly claiming it’s in the name of preserving free speech. Finally, correspondent John F. O’Donnell files a report about the emergence of the religious left in response to Donald Trump. This and more on Redacted Tonight. 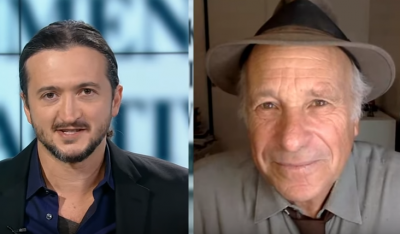 Check LeeCamp.com every day for a new breaking news story on Moment of Clarity. Also join the free…
byLee Camp
No comments

Why Is Haiti Rising Up? (Redacted Tonight)

Haiti recently voted out a US-backed president but he refused to leave. Now the Haitian people are rising up to demand that he respect their will.
byLee Camp
No comments

Who Will Stand Up Against Prisoner Abuse? [VIDEO]

(You’ll notice there are no advertisements on this page. To keep it that way, become one of the…
byLee Camp
One comment