Redacted Tonight 136-We Are Subsidizing Our Death, Net Neutrality Under Attack, Sanctuary Cities On The Rise

Lee Camp covers some of the latest awful cabinet picks the Donald Trump presidency has made. Lee extrapolates from there to get into the systemic concept of “externalizing costs.” It’s when aspects of production are paid for by someone else, usually the people of a country to the benefit of the corporation. Lee also discusses a new movement called #DemEnter. It involves real progressives taking over the lower levels of the Democratic party. In the second half of the show, correspondent Natalie McGill joins Lee to discuss how the USDA, under Trump’s order, recently scrubbed animal welfare inspection reports from their website. This means considerably less protection for animals who are abused. Finally, correspondent Naomi Karavani files a report breaking down the complicated phenomena known as “Sanctuary Cities.” All of this on latest episode of Redacted Tonight! 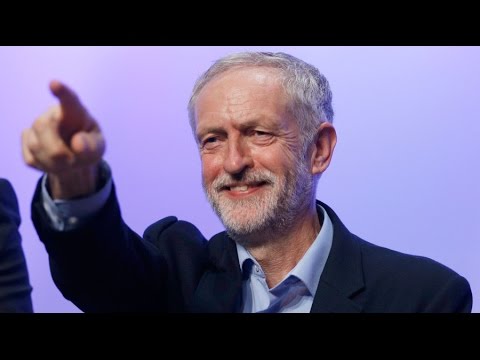 What The Rise Of Jeremy Corbyn Means For The US

This week Jeremy Corbyn was elected head of the Labour party by a landslide. Meanwhile, in the United…
byLee Camp
No comments

FBI Arrests Iranian Man For Refusing To Spy For Them

The US Failed This Test, Denmark Didn’t [VIDEO]