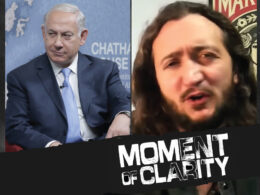 Redacted #291 – Workers Strike Across The Nation!

What They Won’t Tell You About NATO [VIDEO]