In this episode of Redacted Tonight, Lee Camp covers the movement of change that is shaking the foundations of American corporate oligarchy, though Hillary Clinton is still projected to win the election. Then Lee covers recent news about Hillary’s promises, a lawsuit on behalf of Bernie Sanders’ supporters against the DNC, the missing parts of the military budget, and the multiplying front groups for the Koch brothers. Then Correspondent John F. O’Donnell covers the recent decision to end the use of private prisons by the DOJ. Finally, correspondent Naomi Karavani reveals why it is important to pay attention to the floods in Louisiana. This and more on Redacted Tonight. 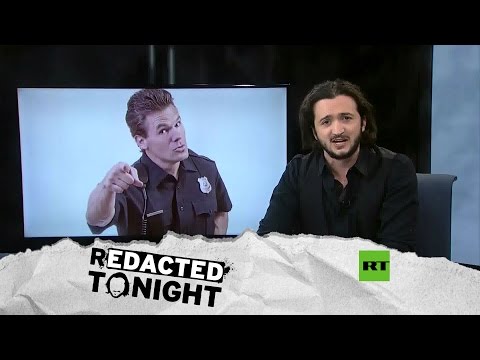 Redacted Episode #28 – CIA Torture, Killer Police with Records, and the secret ingredient in EVERYTHING

Redacted #329 – The War On Terror Is Coming Home

CLICK HERE TO WATCH the full episode! You can also go to https://www.portable.tv/videos/ciatargetscitizens
byLee Camp

Arrested For Feeding The Homeless: Is This What We’ve Come To?