Breaking News: Force A Vote For Medicare For All!

Could 85% of America Unite Against Corporatocracy? 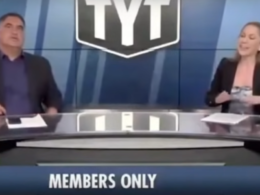