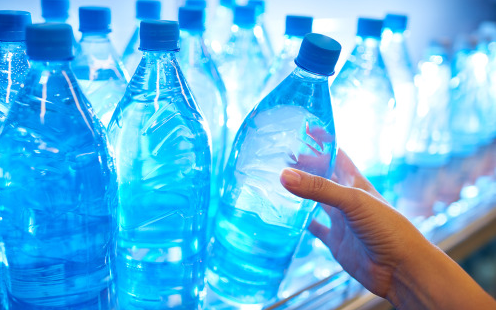 A Food and Water Watch study confirms what we’ve known for some time: (A) Bottled water companies are a bunch of greedy fucks and (B) Americans–sometimes through no fault of their own–are easily manipulated.

They’re easily manipulated because they have bought into the idea that they need to buy bottled water, despite the fact that 64 percent of that water comes from municipal water systems, according to their Take Back The Tap report. That means there are people paying 2,000 times more for water they could just get out of their kitchen sink.

The reason for this perceived need is because bottled water companies like Nestlé push the narrative that bottled water is cleaner and healthier. But how ironic that a corporation such as Nestlé would market their products as clean and healthy, when what they’ve done to environments across the U.S. to get that water has been anything but that.

Nestlé in particular is facing off with environmentalists in states such as Michigan, Oregon and Pennsylvania who say the company pays chump change for the privilege of sucking their community’s groundwater dry, all while wrecking ecosystems and access to water that they may not be able to afford in a bottle. And in 2016, the bottled water industry overall used four billion pounds of plastic just for packaging. A year later the industry lobbied hard to reverse a ban on bottled water in national parks, making it more likely you’ll see an empty Deer Park bottle in a literal deer park.

(We can’t do this without your help. Click to become a  sustaining member for as low as $5 a month. )

California environmentalists in particular have battled Nestlé, which wants to take three times as much water as it did in 2016—88 million gallons a year—from the San Bernardino National Forest. After a 20 month investigation into Nestlé’s practices, the state’s water regulators sided with environmentalists that Nestlé didn’t have the right to take that much water. This was after environmentalists complained that the U.S. Forest Service allowed Nestlé to continue siphoning water from the drought-stricken state using a permit that expired in 1988.

While many Americans continue paying for bottles of their own tap water, it’s worth noting that our federal government plays just as much as a role as Nestlé does in U.S. water insecurity. We’ve reported on the numerous ways in which our water is far from being healthy because of government malfeasance. This is especially true in cities such as Flint, Michigan, where state and federal government negligence screwed its most vulnerable residents who are forced to rely on crumbling infrastructure that made contamination possible. Unfortunately, what’s lost in the fanfare of Trump’s $1.5 trillion infrastructure plan is the fact it shifts most of the burden of repairing aging water systems to states and cities, with little federal help. Local city and state infrastructure budgets are already stretched thin, which means infrastructure repair may not reach areas where it’s really needed.

We have an administration that coddles corporations at the expense of nuking natural environments that contain the water you could drink for free (as have past administrations). It’s not just a matter of holding bottled water corporations accountable for taking more than their fair share of water. It’s a matter of pressuring state and federal agencies who hand over the access to that water. It’s a matter of pressing federal lawmakers to prioritize what’s necessary to repair existing water infrastructure. There’s a lot to be heated about on this issue, but with as much bottled water there is to go around, only justice can quench your thirst.

1/9/2018 by Eleanor Goldfield We are drowning – literally and figuratively. We are figuratively drowning in a vapid…
byLee Camp
No comments

1/5/2018 by John F. O’Donnell The cryptocurrency evangelists and the big banks have something in common – they’re…
byLee Camp
No comments

December 6, 2016 By Kit O’Connell On Sunday, the Army Corps of Engineers denied a permit to allow…
byLee Camp
3 comments