“Imagine Jon Stewart if he gave a damn.”

I’m totally thrilled to announce a glowing review of my book by brilliant activist/ author David Swanson. To read the whole review CLICK HERE.  (To order the book, GO HERE or find it on other online book sellers.)

Here’s a quote from the review:

Imagine Jon Stewart if he gave a damn.  Instead of glorifying inaction, Camp actually points his readers toward actions they should take.  Imagine Jon Stewart without the partisan slant.  Rather than noting the RNC’s cheers for immediate withdrawal from Afghanistan, Stewart gives Obama a pass to keep that war going forever because Bush started it.   …In Camp’s best rants he takes original insights and combines them with fog facts or shadow stories (indisputably documented things we all know, except that “we” is only 2 percent of the country; such as the Kill List that made the front of the New York Times but which nobody attending an Obama rally has ever heard of) and he carries his outrage and the unknown causes of his outrage to a new audience.

Hey Boston friends! I’m coming to perform Live Stand Up Comedy at the Arts At the Armory on…
byLee Camp

Reviewed by The Guardian in the UK

My solo show at the Glasgow Comedy Festival was reviewed by The Guardian. Here are the best parts…
byLee Camp 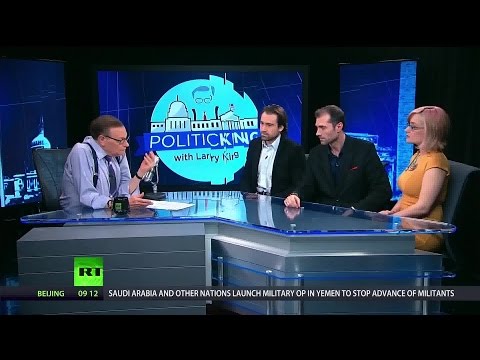 Skip ahead to the 16:00 mark if you want to see Lee’s interview.
byLee Camp

Hello friends in Seattle & Portland friends! I will be performing my new hour Live Stand Up Comedy…
byLee Camp